I love kids. Especially their sense of humor. No wonder Jesus loved them too. I love the story about Jesus and some children that is recorded in the Gospel of Mark (10:13-16) ... "One day some parents brought their children to Jesus so he could touch them and bless them, but the disciples told them not to bother him. But when Jesus saw what was happening, he was very displeased with his disciples. He said to them, 'Let the children come to me. Don't stop them! For the Kingdom of God belongs to such as these. I assure you, anyone... Read more →

I hope you had an enjoyable Father's day a few weeks back. It's a happy day for many people as we take time to thank and honor our dads. But not for all. Maybe you always wanted to be a dad but it hasn't happened OR you had an absent or abusive father OR maybe you didn't even know your dad. That can be hard. May you know God's comfort and strength. My dad is 91 years of age now and he grew up in a Salvation Army boys home, never knowing his dad or mum. That was incredibly difficult... Read more →

I am excited to announce the release of a new book I have written called Money Talks: Practical Wisdom for Becoming Financially Free. Those of us who live in the Western world live in some of the richest countries on the planet yet, despite this fact, many people are under financial pressure. In this book, I share practical principles for becoming financially free and living wisely with the resources we have. Learn fresh insights about earning, saving, investing, debt reduction and spending wisely. The book also includes extra material on alleviating poverty, church finances, fundraising and the purpose of business.... Read more →

In his best selling book The Seven Habits of Highly Effective People, Stephen Covey noted that when it comes to healthy relationships, mature people think “win/win”. Win/Win is a frame of mind and heart that constantly seeks mutual benefit in all situations, agreements and solutions. With a Win/Win solution, all parties feel good about the decision and are committed to the action plan - there is something in it for everybody and everybody wins. Win/Win sees life as a co-operative, not a competition. One person’s success is not achieved at the expense or exclusion of the success of others -... Read more →

Posted at 04:26 AM in Family, Leadership, Relationships | Permalink

[Watch this message] It’s Mother’s Day: a century-old tradition of taking time to thank and honour our amazing mums. Mums are special people we owe so much to - in addition to our very existence! Most mums are faithful, loyal, hard-working, loving and caring people. We honour and applaud them today. Of course, Mother’s Day brings a variety of emotion with it – gratitude, if you had a great mum, some sadness and pain if you had a difficult or absent mum, and grief if you have lost your mum or wanted to be a mum but haven’t yet been... Read more →

Posted at 01:03 AM in Family, Relationships, Special Events | Permalink

Jesus as a Child Luke gives us some interesting insight into Jesus' self-perception ... as a 12 year old. Luke 2:41-52. Every year Jesus’ parents went to Jerusalem for the Festival of the Passover. When he was twelve years old, they went up to the festival, according to the custom. After the festival was over, while his parents were returning home, the boy Jesus stayed behind in Jerusalem, but they were unaware of it. Thinking he was in their company, they traveled on for a day. Then they began looking for him among their relatives and friends. When they did not find him, they... Read more →

Right now, our vision as a church is to see over 10,000 stories of transformation. Recently, we have had a number of moving stories about individuals coming out of domesitc violence situations. These are people who once felt isolated, hopeless, and helpless. Now they feel cared for and looked after. These stories provide hope for anyone affected by domestic violence. Domestic violence (sometimes referred to as ‘family violence’ or ‘interpersonal violence’) is defined as “a pattern of coercive or controlling behaviour used by one individual to gain or maintain power and control over another individual in the context of an... Read more →

Say 'No' to Domestic Violence

As a pastor and church leader, I have a confession to make: The church has not handled the matter of domestic violence well. Let me be more specific: 1. We have not done a good job of helping to prevent domestic violence, of confronting it when it does occur nor of helping those involved - both the perpetrator and victim. 2. There has been too much ignorance about the prevalence of domestic violence. Many church leaders have failed to believe that it can happen, even in Christian homes. 3. There has been much erroneous teaching about ‘submission’, ‘authority’, and ’obedience’... Read more →

Posted at 10:09 AM in Current Issues, Family, Relationships | Permalink 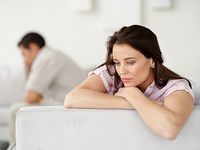 In most marriages, one person is wired a little more relationally than the other. Often it is the wife ... but not always. If so, husbands, find a quiet time and place and ask your wife these two simple questions: 1. "How would you rate the current state/health of our marriage on a scale of 1-10?" 10 being you should start your own marriage seminar, 1 being you desperately need to attend a marriage seminar. No negative numbers, please. Note, that it will probably be lower than your score. Don't start an argument about that! 2. Then ask her, "What... Read more →

Posted at 05:47 AM in Family, Relationships | Permalink

When Families Break Down

Divorce and Remarriage In Matthew 19:1-9, we have a record of the Pharisees trying to trick Jesus with a question about divorce, a hotly debated topic of his day. Everyone today has or knows a friend or family member who has been divorced and possibly remarried, or maybe we have even gone through that experience ourselves. Stories of family breakdown are usually filled with pain and heartache – for spouses and for children, if they are involved. Here in Australia 43% of first marriages end in divorce and the rates go up with second and subsequent marriages. One in three... Read more →

“In family life, love is the oil that eases friction, the cement that binds closer together, and the music that brings harmony.” Eva Burrows Read more →

Posted at 07:36 AM in Family, Quotes, Relationships | Permalink

Let’s talk about the family. There have been many popular TV families over the years – Little House on the Prairie, The Waltons, The Brady Bunch, The Cosby Show, Friends, The Simpsons and now Modern Family. Some people say that television shapes the culture while others say it simply reflects the culture. A few would even say it is 5 years behind the culture. What we do know is that today’s families are changing and facing tremendous pressure both from within and without. Complex questions are emerging about such matters as blended families, same-sex attraction, as well as divorce and... Read more →

This coming Sunday is Mother's Day. I realise that this can be a difficult day for some people. Maybe your mother passed away recently, or you don’t have a good relationship with your mum, or maybe you always wanted to become a mum and it hasn’t happened. Our thoughts and prayers go out to you. It is, however, a good time to honour all of the mums. They are amazing people. Both Nicole and I lost our mothers a few years back now (Joyce Conner and Renata or 'Oma' Meyer). That's a good reminder to all of us to love... Read more →

Posted at 10:44 AM in Family, Relationships, Special Events | Permalink

For Parents with Young Children in Church

A friend pointed me to a very good article recently in the Huffington Post religion section by Jamie Bruesehoof to parents with young children in church (especially relevant when kid's church is having a break during the school holidays!). Here is it: You are doing something really, really important. I know it's not easy. I see you with your arms overflowing, and I know you came to church already tired. Parenting is tiring. Really tiring. I watch you bounce and sway trying to keep the baby quiet, juggling the infant car seat and the diaper bag ('nappy bag' for the... Read more →

Research in America shows that 59% of millennials (also known as Gen Y) drop out of church after attending regularly as a teenager. For the past decade, Barna Group has been working to understand this important age group. After interviewing more than 27,000 millennials and conducting 206 studies of this group, they have amassed a significant body of knowledge on millennials. Now they are sharing that knowledge via a special section of their web site that contains research, articles and carefully curated information on this elusive and often confusing age groups. Check it out at barna.org/millennials. In many ways, Australia... Read more →

Posted at 11:38 AM in Church, Contemporary Culture, Family | Permalink 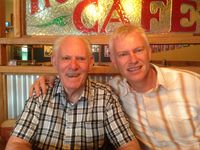 Today is Father's Day, a time to honour all of our dads. I am thankful for my own father and the positive role model he has been for me, despite that fact that he was an orphan and never had either a father or a mother his entire life (see his biography This is my Story for more). He has done his best to be the kind of father to my sister and me that he never had. I would also like to thank our three amazing kids - Josiah (and daughter-in-law, Shelley), Ashley (and daughter-in-law Malisa, if there is... Read more →

Posted at 05:15 AM in Family, Special Events | Permalink

You and Your Father

Tomorrow is Father's Day in Australia. Unfortunately, when it comes to dads, the news is not all good. Steve Biddulph, in his best-selling book Manhood, estimates that: * 30% of men don’t speak to their father. * 30% have a prickly or hostile and difficult relationship. * 30% go through the motions of being a good son and discuss nothing deeper than lawnmowers. * Only 10% of men are friends with their father and see them as a source of emotional support. Those are sad statistics! In an ideal world, we need to feel love and respect for our fathers... Read more → 3. Instruct Clearly Father God does not leave us to figure out life by ourselves. He gives us clear instructions about every area of life and explains why his way is full of wisdom (Gen.2:15-17. Deut 30:11-20). God's words are contained in the Scriptures and they present his will and best wishes for our life. They are for our good – our ultimate benefit – not because he wants to take the fun or enjoyment out of life (2 Tim.3:16-17). As parents, we are to instruct our children in God's way of living (Eph.6:4). We are to make our expectations... Read more →