Guilt
Is it Halftime for You? 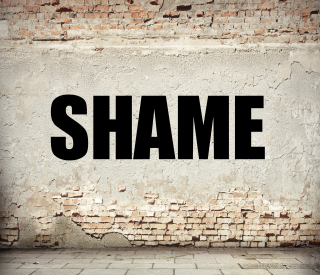 Have you ever fallen flat on your face? Have you ever disappointed yourself, others or God? Maybe it was a sin, a mistake or a personal failure. For some reason, you didn't live up to your own expectations or promises.

We have all experienced this, at one time or another. Sometimes, over-confidence, arrogance and pride are the catalysts. At other times, they are not.

When personal failure occurs, we experience guilt, embarrassment and at times shame. Guilt is the result of a convicted conscience. It is usually specific and aimed at a response which usually includes feeling bad (genuine sorrow) and positive change (doing something about what we have done). Once we do so, guilt has done its job.

In contrast, shame is this general bad feeling that moves us from “I did something wrong” to “I am a bad person”. It involves an ongoing feeling of condemnation and self-loathing, with a general sense of not being good enough. Shame is very harmful and creates a feeling of unworthiness. This often leads to destructive and negative behaviours.

The good news is that despite our faults and failures, Jesus is willing to forgive us and free us from both guilt and shame.

Think about it. This is Mark Conner.