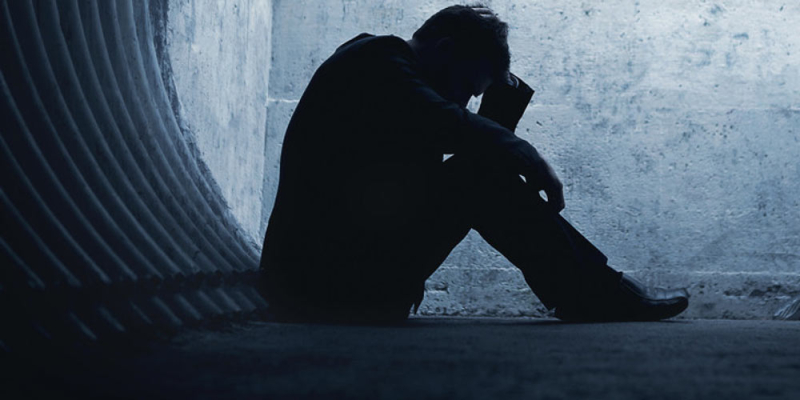 Let us look a bit more in depth at one person in Bible times that went through an incredible battle with depression. His name is Elijah. Yes, the great prophet Elijah. Elijah was a prophet in Israel during the time of King Ahab. Ahab was far from God and most of the nation was worshipping a foreign god by the name of Baal. Elijah preached during this time and there had been no rain for three years because of God’s judgment on the people’s rebellion.

Elijah then called for a confrontation. He told the people that they had to make a decision. They could not continually go back and forth. They had to either serve God or serve Baal. He challenged them to get off the fence.

Elijah called the entire nation up to Mount Carmel. He told four hundred and fifty of the prophets of Baal to come up the mountain too. He took two bulls and challenged them to a sacrifice. The God who answered by fire was who they were going to serve. This would make a great movie!

Elijah told the prophets of Baal to go first. They selected a bull, prepared the sacrifice then started crying out to their god to answer by fire. The whole morning went by and nothing happened. No breath of wind, no fire, nothing. Then they became pretty desperate and started cutting themselves. They were yelling at the top of their voices, crying out to their god Baal.

Elijah started teasing them. He taunted them, suggesting that maybe their god was on holidays or still asleep. He told them to yell a little louder. Maybe they needed to wake him up. Eventually, it was Elijah’s turn. He put the bull on the altar. He asked the servants to pour water over it a few times. Then he began to pray and fire came down from heaven, consuming the sacrifice and the entire altar.

Elijah then asked the people who they wanted to serve, God or Baal. All of the prophets of Baal were killed and then Elijah heard a sound of rain. He told Ahab to get in his chariot and the Bible tells us that the Spirit of God took a hold of Elijah and he ran faster than the chariot. He was moving - chariots of fire! He ran twenty-seven kilometers to the nearest town of Jezreel. What a day! Elijah was a mighty man of faith and power. That is the background for what we are about to read.

When Ahab got home, he told Jezebel everything Elijah had done, including the way he had killed all the prophets of Baal. So Jezebel sent this message to Elijah: “May the gods strike me and even kill me if by this time tomorrow I have not killed you just as you killed them.”

Elijah was afraid and fled for his life. He went to Beersheba, a town in Judah, and he left his servant there. Then he went on alone into the wilderness, traveling all day. He sat down under a solitary broom tree and prayed that he might die. “I have had enough, Lord,” he said. “Take my life, for I am no better than my ancestors who have already died.” Then he lay down and slept under the broom tree (1 Kings 19:1-5).

Elijah was now in Beersheba, which is 145 kilometers south of Jezreel. He was sitting under a broom tree, which was about four metres tall with long branches. He had come down from the mountain top into a deep valley of despair. In fact, he was so depressed that he had become suicidal. He wanted to die. He wanted to end it all.

As we continue this story, we are going to look for some principles as to how God helped Elijah work through his depression. Remember, the Apostle Paul told us that everything written in the Old Testament was written for our benefit (1 Corinthians 10:1-11). Although this is a narrative, there are lessons that we can glean from it.

I realise that there are different types of depression but there are some insights here in Elijah’s journey that I believe can help each one of us. God did not judge Elijah for his depressed feelings but he did send him some appropriate treatment to help him out.