The Quest for Life's Meaning (3)
The Greatest Love Song of All Time (Pt.1) 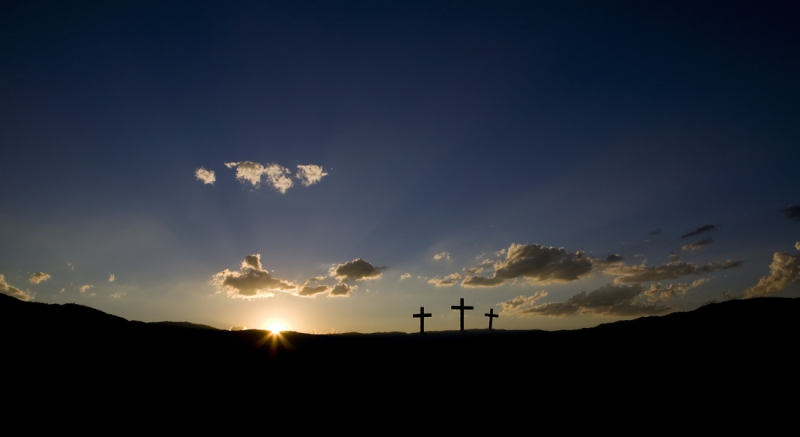 The signs of Easter are all around us - cooler weather, school holidays, an upcoming long weekend, hot cross buns and extra church services to cater to people's faith which comes in all shapes and sizes. For many people, it is also a time to reflect on some important events that took place over 2,000 years ago - the death, burial and resurrection of Jesus Christ. No doubt, this is the foundation of the Christian faith. If Christ did not die and rise again, then our faith is useless (1 Corinthians 15:13-14).

The Gospels all tell us WHAT happened during this Passion Week. Tragically, Jesus was betrayed, denied, falsely accused and eventually killed by the cruel death of crucifixion at the hands of the Romans. Thankfully, three days later he rose from the dead and was seen by numerous witnesses. We are then told that Jesus ascended into heaven from which he would one day return.

This was all done to fulfil what the prophets of long ago foretold. But what was going on with Jesus on that cross? What was God up to? WHY did Jesus die? Disciples of Jesus, critics of Christianity, and biblical scholars have been reflecting on, discussing and debating the answers to these vital questions for centuries now. More recently, the conversations have increased and some of the typical trite answers are being questioned as being inadequate.

One of my favourite thinkers and writers is N.T. Wright. As one of the world's leading Bible scholars, he has written numerous books about Jesus, the apostle Paul and the New Testament period. His most recent book is called The Day the Revolution Began: Reconsidering the Meaning of Jesus' Crucifixion. He argues that the Protestant Reformation did not go far enough in transforming our understanding of its meaning. Wright argues that Jesus’ death on the cross was not only to forgivd us of our sins; it was actually the beginning of a revolution commissioning the Christian faithful to a new vocation — a royal priesthood responsible for restoring and reconciling all of God’s creation. Wright argues that Jesus’ crucifixion must be understood within the much larger story of God’s purposes to bring heaven and earth together. The Day the Revolution Began offers a grand picture of Jesus’ sacrifice and its full significance for the Christian faith, inspiring believers with a renewed sense of mission, purpose, and hope, and reminding them of the crucial role the Christian faith must play in protecting and shaping the future of the world.

Another thought-provoking recent publication is The Crucifixion of the Warrior God by pastor and author Gregory A. Boyd. Boyd proposes a revolutionary way to read the Bible in this epic but accessible study. A dramatic tension confronts every Christian believer and interpreter of Scripture: on the one hand, we encounter Old Testament stories of God commanding horrendous violence. On the other hand, we read the unequivocally nonviolent teachings of Jesus in the New Testament. Reconciling these two has challenged Christians and theologians for two millennia. Throughout Christian history, various answers have been proposed, ranging from the long rejected explanation that these contrasting depictions are of two entirely different gods to recent social, cultural, and literary theories that attempt to dispel the conflict. The Crucifixion of the Warrior God takes up this dramatic tension and the range of proposed answers in an ambitious constructive investigation. Over two volumes, Gregory A. Boyd argues that we must take seriously the full range of Scripture as inspired, including its violent depictions of God. At the same time, he affirms the absolute centrality of the crucified and risen Christ as the supreme revelation of God. Developing a theological interpretation of Scripture that he labels a "cruciform hermeneutic", Boyd demonstrates how the Bible's violent images of God are reframed and their violence subverted when interpreted through the lens of the cross and resurrection. Indeed, when read in this way, Boyd argues that these violent depictions bear witness to the same self-sacrificial nature of God that was ultimately revealed on the cross.

Two books well worth reading, as we continue to seek to mine the depth of the significance of what took place that first Easter.

For my own personal reflections on some of the various answers to why Jesus died, see my previous BLOG post Why Did Jesus Die? based on a message I gave on Good Friday a few years back.

One thing we know is that Easter is a revelation of the love of God for all humanity.

The apostle John put it so eloquently:

John 3:16. For God loved the world so much that he gave his one and only Son, so that everyone who believes in him will not perish but have eternal life. NLT

Why not take a few moments to reflect on the lyrics of this hymn of praise: Oh, Love of God. My favourite version of this song is by Kelly Willard and it is available to listen for free on You Tube.

I pray many blessings on you and your family this Easter.

Posted at 05:58 AM in Special Events, Theology | Permalink