A Call to COURAGE
Showdown in the Desert (pt.2)

Showdown in the Desert (Pt.1) 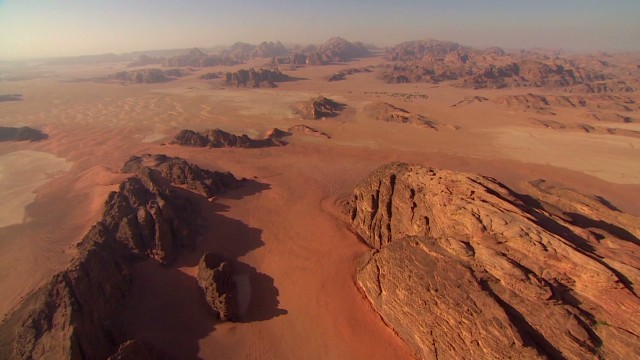 Jesus has prepared well for impacting his world through total surrender, a strong relationship with his Father and the empowerment of the Holy Spirit.

The final aspect of his preparation is a showdown with the devil himself.

Immediately after the “mountain-top” experience at his water baptism, Luke describes Jesus as “full of the Spirit”. The Spirit then “led” Jesus into the desert or wilderness (in comparison to the garden paradise where Adam and Eve were tempted). Jesus fasted (ate no food) for 40 days. During these 40 days he was also tempted or tested by the devil. The three specific temptations recounted by Matthew and Luke seem to have occurred at the close of this period - when Jesus hunger was the greatest and his resistance the lowest.

As Christians, we sometimes face our greatest struggles right after conversion or some act of recommitment, rather than before. This should not surprise us.

God in his sovereignty initiates this time of testing. However, he allows no temptation except which furthers his ultimate purposes. Yet he never directly tempts anyone (James 1:13) and is wholly disassociated from evil. Because the Holy Spirit initiated these temptations, they should be understood not as a defensive struggle but as an offensive attack on the rule of Satan. The kingdom of God had come and the rule of this evil age was now challenged.

This test is similar to the 40 years period that God led Israel through the wilderness to humble them and test them in order to know what was in their heart, whether or not they would keep his commands (Deuteronomy 8:1-5). Also, 40 days and nights recalls the experiences of Moses (Exodus 24:18; 34:18) and Elijah (1 Kings 19:8).

Whereas Adam failed the great test and plunged the whole race into rebellion against God (Genesis 3), Jesus was faithful and demonstrated his qualification to become the Saviour. Jesus shows his moral qualifications as messiah by relying on God and his word, rather than like Adam, reaching for the power that Satan tempts him to take. What Adam as son of God was not, Jesus is. He is ready to minister on behalf of all humanity.

Jesus was also tempted as we are so that he could become our “merciful and faithful high priest” (Hebrews 2:17) and therefore be “able to help those who are being tempted” (Hebrews 2:15; 4:15-16). He becomes a model for us. These were real temptations. Jesus was tempted in every way just like us, yet without sin. Satan tempts Jesus. Jesus resists Satan.

The three temptations are somewhat unusual, in that they don’t appear to be a temptation to real “evil”. In each case, Satan uses a selfish tactic in justifying the action he wants Jesus to take. It was a temptation toward independence.

The devil said to him, “If you are the Son of God, tell this stone to become bread.” “Jesus answered, ‘It is written: Man does not live on bread alone’”.

Satan questioned Jesus’ identity by saying, “If you are the Son of God …”

The devil tempts the Son of God to use his supernatural powers for his own ends. This seemed attractive, as Jesus was very hungry. He tried to get Jesus to use his power and authority to fulfil his own natural desires or appetites. However, Jesus didn’t use his miraculous power for personal benefit. Satan questions God’s provision and care and lures Jesus to act independently of the Father.

“Surely you should feed yourself, Jesus.”

It was not a temptation to a crime or sin in the traditional sense. It is a test as to what kind of Messiah will Jesus be – one who uses his power for his own ends or one who lives in dependence and trust in the Father to provide his needs.

On the cross, Jesus would have the same temptation to use his own powers to “save himself”. A criminal scoffed, “Aren’t you the Christ? Save yourself and us.” Spectators took up the cry: “Let him come down from the cross and we will believe in him .” But even with 12 legions of angels at his disposal, he would not call on them (Matthew 26:53). He would trust instead on the providential care of the Father. For Jesus to save others, he could not save himself. There was no easy, painless path.

This was the “lust of the flesh” and compares to “the tree was good for food.”

Yes, there is nothing wrong with feeding yourself, but when it conflicts with what God has ordained, it is sin.

Jesus conquered Satan’s attack with the “sword of the spirit”, which is the Word of God. Jesus knew the Word of God. It was in His heart and mind. “Your word I have hidden in my heart, that I might not sin against you.” (Ps.119:11). He didn’t discuss, contemplate or reason with the tempter. He gave a decisive “No!”

Jesus relied on his Father for food, not his own miraculous power. Jesus understands that life is more than food and is to be lived in obedience to God. For Jesus, the spirit ruled. His spirit was strong through feeding on God’s Word even though His body was weak through lack of food.

The devil led Jesus up to a high place and showed him in an instant all the kingdoms of the world. He said to him, “I will give you all their authority and splendour, for it has been given to me, and I can give it to anyone I want to. So if you worship me, it will all be yours.” Jesus answered, “It is written: ‘Worship the Lord your God and serve him only’”.

The kingdoms of the world and their splendour were offered to Jesus if He would bow down and worship the tempter. This was a temptation to power, prominence, fame, fortune, and glory. Satan, as the “prince of this world” and the “ruler of this present age”, had the power to do this. Jesus did not challenge his ability to make such an offer. This is not an attempted deception by Satan to give what he could not.

This was the “lust of the eyes” (appealing to the ego or self) and compared to the fruit being “pleasing to the eye”.

The devil was tempting Jesus to avoid the sufferings of the cross. The temptation offered an easy shortcut to world dominion. It was a “cross-less solution” to the world’s problems. However, Jesus rejected all political concepts of messiahship. The world needed a saviour that would provide forgiveness, reconciliation with God and salvation from future judgement.

“Surely the Father wants you to have authority, so just give me your allegiance.”

God must be first and only. Love God (Deuteronomy 6:4-5). Let Him be your treasure, your desire and your focus in life. Jesus’ entire focus was on pleasing His Father through worship (relationship) and service (ministry).  His eyes were not on material rewards whatsoever. Jesus’ drive was to do the will of God - obedience to the Father’s commands. His priorities were to worship (love) and to serve (obey) God.

The devil led him to Jerusalem and had him stand on the highest point of the temple. “If you are the Son of God”, he said, “Throw yourself down from here. For it is written: ‘He will command his angels concerning you to guard you carefully; they will lift you up in their hands, so that you will not strike your foot against a stone.’” Jesus answered, “It says: ‘Do not put the Lord your God to the test’”.

This may have been a vision-like experience. The temple in Jerusalem had a Royal Porch on the Southeast corner, which loomed over a cliff and the Kidron Valley some 450 feet below. Josephus mentions that just looking over the edge made people dizzy. To cast oneself down from such a height and survive would take divine intervention.

Satan was testing Jesus to test God’s faithfulness. This time Satan quoted Scripture, those he misused or misapplied Psalm 91:11-12. He twists its meaning and uses it for his own purpose. This was a test of presumption - putting God to the “test” (Deuteronomy 6:16). Surely God would care for his own and not let Jesus suffer pain.

“Surely God will protect his Son, so why not try him out?” It is a dare on Jesus’ part to make God rescue him.

This was the “pride of life” and is similar to Satan saying that the fruit was “desirable for gaining wisdom (so as not to die).”

Jesus answered with Scripture as he had on the other two temptations, quoting Deuteronomy. We should marvel at Jesus’ restraint. Why didn’t he just blast Satan away!?

Jesus overcame all three temptations. He was totally dedicated to God’s will and call. He will take only the road God asks him to follow and refuses to take any shortcuts.

Posted at 04:00 AM in Bible, Spirituality | Permalink