Jesus and His Mother 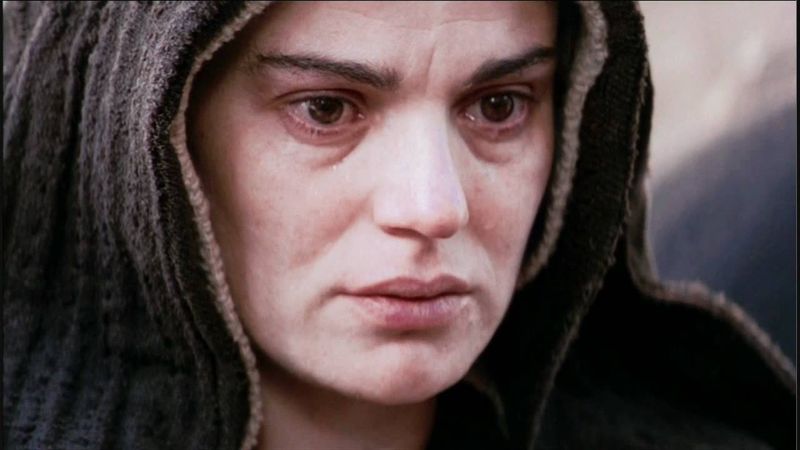 As Jesus was dying on the cross, he was not completely alone. There were a small group of people who loved him dearly, right there until his last breath (John 19:25-27). They demonstrated great courage just to even be there. One of them was Mary - Jesus’ mother. I am sure Mary did not always understand her Son, Jesus (what he was up to and why he did what he did) but she always loved him. Her presence there was the most natural thing in the world for a mother. Jesus might be a criminal in the eyes of the Roman government, but he was her son. Imagine the anguish of watching your own son die. The undying love of a mother was on full display at the cross - through the heart of Mary.

Despite the agony he was experiencing with the entire salvation of the world hanging in the balance, Jesus saw his mother Mary and thought of her well-being in the days ahead. He could not entrust her to his brothers, as they did not yet believe in him (John 7:5) and Joseph had most likely passed away. Here was his mother, a widow, alone. He was her eldest son. Would she be okay? Who would look after her? There was John - his beloved disciple but also his cousin (Salome’s, Mary’s sister’s, son). So Jesus committed Mary to the care of John and John to the care of Mary, that these two would comfort each other’s loneliness when He was gone.

Notice Jesus’ care and respect for his mother. It was not uncommon for a crucified person to make a pronouncement or distribute their estate from the cross. Jesus had nothing - no home or possessions … but he had a mother - Mary. The Gospels record important words of Jesus from the cross, such as “My God, My God why have you forsaken me?”, “It is finished!” and “Into your hands I commit my spirit” - all sacred and treasured. But I think these are some of the most moving words Jesus spoke from that cross - demonstrating the love and care of a Son for his mother. Jesus, in his own pain, said, “Please, look after my mother!” One of the last things Jesus did was to ensure that the woman who birthed him, who taught him, and who loved him would have no lack.

Mary herself is an example of a devoted disciple and an exemplary mother. She was favoured by God (Luke 1:26-38), she had a responsive heart to God’s unexpected intentions for her life, she endured great hardship (Luke 2:34-35), and yet she treasured deeply all of the events of her life (Luke 2:19, 51). Not only was she at the cross when Jesus died, she saw him risen from the dead and she was in the upper room praying on the day of Pentecost (Acts 1:14), when they were all filled with the Holy Spirit (Acts 2:1-4).

No wonder Mary was called “blessed among all women.”

Posted at 02:54 AM in Bible, Special Events | Permalink