Jesus as a Child 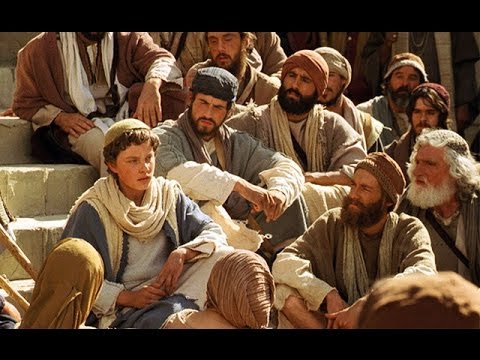 Luke gives us some interesting insight into Jesus' self-perception ... as a 12 year old.

Luke 2:41-52. Every year Jesus’ parents went to Jerusalem for the Festival of the Passover. When he was twelve years old, they went up to the festival, according to the custom. After the festival was over, while his parents were returning home, the boy Jesus stayed behind in Jerusalem, but they were unaware of it. Thinking he was in their company, they traveled on for a day. Then they began looking for him among their relatives and friends. When they did not find him, they went back to Jerusalem to look for him. After three days they found him in the temple courts, sitting among the teachers, listening to them and asking them questions. Everyone who heard him was amazed at his understanding and his answers. When his parents saw him, they were astonished. His mother said to him, “Son, why have you treated us like this? Your father and I have been anxiously searching for you.” “Why were you searching for me?” he asked. “Didn’t you know I had to be in my Father’s house?” But they did not understand what he was saying to them. Then he went down to Nazareth with them and was obedient to them. But his mother treasured all these things in her heart. And Jesus grew in wisdom and stature, and in favor with God and man. NIV

We don’t know a lot about Jesus’ childhood or his life before the age of 30 when he began his ministry. We do know that he grew up in a family with other brothers and sisters and he became a carpenter, a trade he learned from Joseph. It appears that sometime between the age of 12 and the beginning of his ministry, Joseph died, as he is never again mentioned with the other members of Jesus’ family. Jesus’ childhood appears to have been very normal like any other Jewish boy of the time.

Jesus at twelve years of age is one year away from accountability as a Jewish boy. At the age of twelve, the instruction of boys became more intensive in preparation for the recognition of adulthood. The Bar Mitzvah of modern times, however, post-dates the time of Jesus by 500 years.

What can we learn from this narrative about Jesus?

Jesus at the age of twelve already had a relationship with God to the depth of knowing that God was his Father. This reference to his Father infers an close, personal relationship to God that is foundational to his life (c.f. Luke 10:21-22). This also implies a sense of personal intimacy, identify and significance for Jesus, even as a child.

Jesus is among the teachers of the temple – listening, asking questions and giving replies. Even at a young age, he has an amazing knowledge of and ability to engage in spiritual things. Already, he values the pursuit of knowing God and his ways in the world. Children love to laugh, play and have fun but don’t under-estimate their capacity to know and experience God also.

3. Children can know their life purpose.

At the age of twelve, Jesus knew that his life was to be about “his Father’s business”, that he would one day give his whole time and energy to the Father’s work on earth. Yes, he would have to wait for God’s timing and prepare for 18 more years, but this sense of destiny was already there.

Early on, Jesus understands that he is called to do his Father’s work. Jesus explains his call in his own words and it reflects his self-understanding. He is always about the things of the Father, then and now. In his humanity, he resisted the urge to selfishness and focused on carrying out God’s will for his life.

However, Jesus' ministry has its proper timing and Jesus will wait to launch what he is destined to do. He is not impatient about starting his ministry and will wait until the time is right. He must, of course, wait until the forerunner comes, John the Baptist, before beginning his own task.

The above description of Jesus didn’t just happen but was a result of his childhood years, which would have included input from family and friends, along with his own personal development.

May we as a community (comprised of parents, churches, community organisations and schools) seek to help kids come to know God personally, to understand spiritual things (God’s perspective on life), and to know their life purpose.