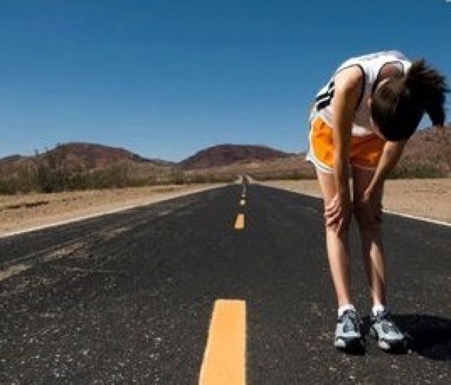 How is Your Race Going?

Sometimes we stop because of tragedy. Bad things happen to good people. Pain, hurt and tragedy touch most people’s lives. We don’t always know why. Life tends to ‘freeze frame’ in these moments. We need healing and comfort. Grief, which is a normal response to ‘loss’, is a powerful emotion that takes time to process. In these times, though life must go on, it’s okay to stop, as it were, for some healing and restoration. You can’t keep running at full steam on an injured leg. Things have to change for a season – but hopefully not forever.
Sometimes we stop in our race because of failure. We’ve tripped up for some reason, taken a tumble, fallen down. This can be soul-destroying, embarrassing, humiliating. Thankfully, God is a God of second chances.
David made some very unwise choices in his life, commiting adultery then murder He rationalised and justified his actions resulting in deception that lasted until he was confronted from spiritual blindness. Eventually, when he stopped making excuses, admitted his sin and cried out to God in repentance, he was forgiven, though he had to live with the consequences of his actions. BUT he kept running and& finished his race (Acts 13:36).
The aposle Peter made some bold declarations about personal courage. But in the pressure of the moment, he failed. He denied Jesus three times! After that we are told that he wept bitterly. He was heartbroken. He has not lived up to his good intentions. Yet Jesus forgave and restored him. He went on to be used mightily by God.
Stories like these should encourage us! Have you ever failed or made a mistake? You may not be fully responsible for your fall but you are fully responsible for whether you get up or not. Refuse to wallow in self pity. Winning the race of life is not about never falling. It’s about getting up each time you fall. Proverbs 24:16 says, "For though a righteous person falls seven times, they rise again. Come on, the race is not over yet. Get up and win the race!
Sometimes we stop because of discouragement. Life has just gotten too hard.
Elijah hit the wall after a major encounter with prophets of Baal. Note: we are often most vulnerable after a big victory! He was so tired that he slept for hours. He ate, then slept again. He was exhausted and needed rest. Discouragement then settled in, then depression, then suicidal thoughts. He was so low that he wanted to die! God came, visited him and encouraged him. He gave him a reality check, correcting his distoreted thinking (which was out by 7,000 to 1!) then gave him a fresh focus on calling, with a few simple tasks to do to get him moving.
What abvoiut you? Are you frustrated or disappointed about unmet expectations? Jesus understands. He’s cheering you on, reaching out to lift you up, and to give you strength to finish your race (see Isaiah 40:27-31).
[Part 4]