Blinkist - a Great Personal Growth App
How to Be a Courageous Leader (Pt.1) 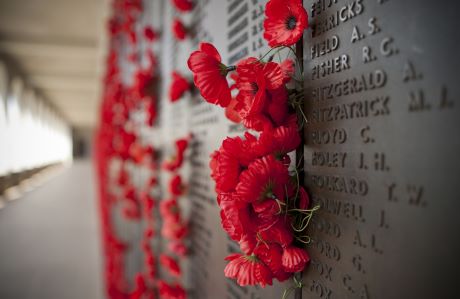 Every year, on 11 November at 11 am – the eleventh hour of the eleventh day of the eleventh month – Australia pauses to remember those men and women who have died or suffered in all wars, conflicts and peace operations since the beginning of the 20th century.

All Australians are encouraged to pause all activities and meetings this morning at 11 am for a minute of silence in respect of those who have given their lives for our nation and our freedoms.

For more details, visit the Australian War Memorial web site or The Department of Veteran Affairs.

Here is a brief history from the Australian Government website:

At 5am on 11 November 1918, three German government representatives accepted the Armistice terms presented to them by an allied commander, General Foch of the French Army. The demands of the Armistice included the withdrawal of German forces to the east bank of the Rhine within 30 days; immediate cessation of warfare; and surrender of the German fleet and all heavy guns with no further negotiations until the signing of the peace treaty.

The armistice became effective at 11am the same day, and as the guns fell silent on the Western Front in France and Belgium, four years of hostilities ended.

The cease-fire was made permanent the following year when members of the Commonwealth and the League of Nations signed the Treaty of Versailles. People across the world celebrated the war's end - celebrations tempered by thoughts of the enormous suffering and loss of life resulting from the War.

World War I began in 1914 and lasted for four years. More than 416 000 Australians volunteered for service in World War I. Of these, 324 000 served overseas. More than 60 000 Australians were killed, including 45 000 who died on the Western Front in France and Belgium and more than 8 000 who died on the Gallipoli Peninsula in Turkey. As well as Australian soldiers, many nurses in the Australian Army Nursing Service served on the Western Front. These nurses worked in overcrowded hospitals for up to 16 hours a day, looking after soldiers with shocking injuries and burns. Those who worked in hospitals close to the fighting were also in danger of being shelled by the enemy.

In Australia and other allied countries, including New Zealand, Canada and the United States, 11 November became known as Armistice Day - a day to remember those who died in World War I. The day continues to be commemorated in Allied countries.

In October 1997 the then Governor-General issued a Proclamation declaring 11 November as Remembrance Day - a day to remember the sacrifice of those who have died for Australia in wars and conflicts.

The Proclamation reinforced the importance of Remembrance Day and encouraged all Australians to renew their observance of the event.