Here is a special prayer of blessing for you today: Romans 15:13. I pray that God, the source of hope, will fill you completely with joy and peace because you trust in him. Then you will overflow with confident hope through the power of the Holy Spirit. NLT Read more →

The asylum seeker issue continues to hit the news here in Australia and beyond. On June 29 at 7:30 there is a free debate in the city of Melbourne. Business Faith Law and Morality: The Asylum Seeker Debate. What is Your opinion? The asylum seeker issue needs resolving. We encourage you to take advantage of this opportunity to listen to expert opinion and have your considerations and suggestions discussed. What is the role of Faith and a United Faith Community in the Asylum Seeker debate? Are Asylum Seekers an Economic opportunity or threat? Does Business have a role to play... Read more →

Posted at 05:55 AM in Special Events | Permalink

Professor Howard G. Hendricks (1924-2013) influenced a lot of people. Here is a collection of some of his more well-known quotes: You can impress from a distance, but you can only impact up close. You teach what you know, but you reproduce what you are. You never graduate from the school of discipleship. It’s a sin to bore people with the Bible. Most people don’t think, they just rearrange their prejudices. Your strengths develop your confidence; your weaknesses develop your faith. My greatest fear is not your failure, but your success. Heaven is a person: Jesus. Never traffic in unpracticed... Read more →

Beyond the Walls by Brad Chilcott 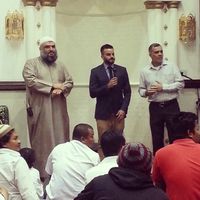 Who would’ve thought that one photo could cause so much trouble? It wasn’t the first time I’d been criticized for my friendship and solidarity with the Muslim community, in fact I’d had some threats of violence when I spoke up about Halal certification but this one took it another level. Had I renounced the gospel? Sure, being friends with Muslims, but praying in a mosque? Did I even believe in Jesus anymore? The beard didn’t help any. Had I taken the instructions “love your neighbour as yourself” and “love your enemy” too literally? Too far? 1 John 3. This is... Read more →

Posted at 05:52 AM in Current Affairs, Current Issues, Evangelism and Mission | Permalink

Mothers - Love Them While You Can! 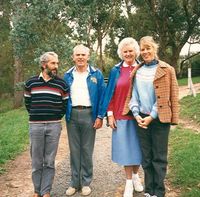 To all the mums out there, Happy Mother's Day! We wouldn't be here without you. What amazing people you are. My mother passed away over 25 years ago now and I still miss her. Nicole's mother, affectionately known as 'Oma' passed away 7 years ago and we still really miss her. Mothers are very special people! The photo to above is an old one of my dad and mum (in the red top), and Nicole's dad and mum (light blue top)] Here are the lyrics to a song I heard many years ago called Love Them While You Can by... Read more → 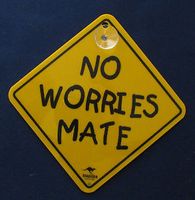 We have a saying here in Australia - "No worries!" Yet, many of us carry worries with us all the time. Do you ever worry? A better question is probably, “What do you worry about?” Worry can come from many sources - our health, finances, relationships, the future, etc. There are many things to worry about that are real and relevant to our lives. To “worry” means to fret, to fear, to be afraid, to be anxious or to be overly concerned. Worry is simply ‘negative meditation’ or ‘negative imagination’. One worry feeds another so much that it becomes impossible... Read more →

Posted at 04:00 AM in Personal Development | Permalink