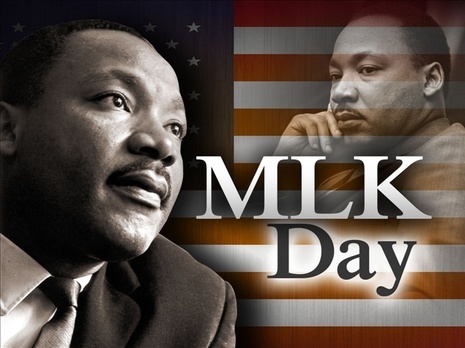 A few weeks ago, on January 15th, Americans celebrated Dr. Martin Luther King, Jr Day in commemoration of his birthday.

Dr. King was the chief spokesman for non-violent activism in the civil rights movement, which successfully protested racial discrimination in federal and state law. The campaign for a federal holiday in King's honour began soon after his assassination in 1968. President Ronald Regan signed the holiday into law in 1983, and it was first observed three years later. At first, some American states resisted observing the holiday as such, giving it alternative names or combining it with other holidays. It was officially observed in all 50 states for the first time in 2000.

Keep any eye out for the highly anticipated movie Selma, which chronicles Martin Luther King's campaign to secure equal voting rights via an epic march from Selma to Montgomery, Alabama in 1965. View the trailer.

Dr. King was first of all a pastor not a political activist. Pastor Rick Warren recently posted his 10 favourite quotes from Dr. Martin Luther King. They are worth repeating here:

1. “The purpose of life is not to be happy, nor to achieve pleasure nor avoid pain, but to do the will of God, come what may.”

3. “When I took up the cross I recognized it’s meaning. The cross is something that you bear, and ultimately, that you die on.”

4. “The early Christians rejoiced when they were deemed worthy to suffer for what they believed. In those days the Church was not merely a thermometer that recorded the ideas and principles of popular opinion; it was a thermostat that transformed the mores of society.”

5. “I have decided to stick with love. Hate is too great a burden to bear.”

6. “The hottest place in Hell is reserved for those who remain neutral in times of great moral conflict.”

8. “Forgiveness is not an occasional act, it is a constant attitude.”

9. “The gospel at its best deals with the whole man, not only his soul but his body, not only his spiritual well-being, but his material well being as well.”