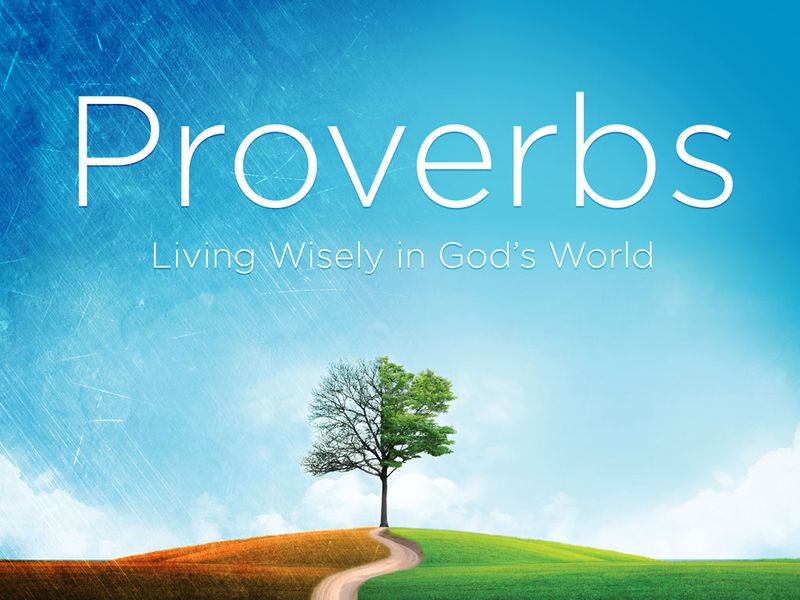 Today we glean some more wisdom from the book of Proverbs. Here are a few thoughts from Proverbs 26 in the New Living Translation.

Vs.2 Like a fluttering sparrow or a darting swallow, an unfair curse will not land on its intended victim.

Curses can’t affect you unless there is a reason for them to do so – like a ‘foothold’.

Vs.5 When arguing with fools, be sure to answer their foolish arguments, or they will become wise in their own estimation.

With fools, you can’t win either way!

Vs.11 As a dog returns to its vomit, so a fool repeats his folly.

Fools don’t learn from their mistakes. They keep doing the same thing over and over again without gaining any wisdom.

Vs.12 There is more hope for fools than for people who think they are wise.

Vs.13-16. The lazy person is full of excuses, saying, "I can't go outside because there might be a lion on the road! Yes, I'm sure there's a lion out there!" As a door turns back and forth on its hinges, so the lazy person turns over in bed. Some people are so lazy that they won't lift a finger to feed themselves. Lazy people consider themselves smarter than seven wise counsellors.

Lazy people sleep away their time. Wise people rise early and maximise the hours of their day.

Lazy people think they have nothing to learn. Wise people are always hungry to learn more.

Vs.17. Yanking a dog's ears is as foolish as interfering in someone else's argument.

Don’t get involved in someone else’s argument. Avoid triangulation!

Vs.27. If you set a trap for others, you will get caught in it yourself. If you roll a boulder down on others, it will roll back and crush you.

In life, we reap what we sow – for good or bad.