I read an amazing story this week ... 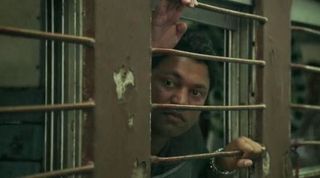 In 1986, five-year-old Saroo Munshi Khan and his 14-year-old brother were searching the streets for spare change in their home city of Berhanpur, India. Saroo's older brother Guddu wandered beyond the station and Saroo fell asleep waiting for his brother's return. A few hours later, Saroo woke up 1,500 kilometers away, in Calcutta, eons away from his home and family. He survived on the streets for weeks, was taken into an orphanage, and was adopted by an Australian family and grew up in Hobart, Tasmania.

Twenty-six years later, he found his way back to his hometown with the help of Google Earth. An article explained Saroo's journey back home:

In 2011, using vague memories and Google Earth imagery, Saroo identified his home town. Using the ruler feature in Google Earth, he mapped out a search radius by making an educated guess about how far he traveled by train. After countless hours of scouring this area of Google Earth imagery, he came upon a proverbial needle in a haystack. Saroo spotted one vague landmark that led him to the next, helping him unlock a five-year-old child's memories. He eventually spotted a neighborhood, street, and tin roof that looked familiar.

In Saroo's words, "It was just like being Superman. You are able to go over and take a photo mentally and ask, 'Does this match?' And when you say, 'No,' you keep on going and going and going.”

In 2012, Saroo embarked on a trip from Australia back to India. Once he arrived, he shared his story with locals, who helped him find his way back home to his mother and surviving brother and sister. Twenty-six years after accidentally leaving home, he finally found his way back.

In many ways, we are all a bit like Saroo. We are lost people longing for and looking for a place called HOME. The truth is, it doesn't matter where life has taken you, there's always a way back home. You may not know all the steps, but God is calling you and He will guide you.