When Families Break Down 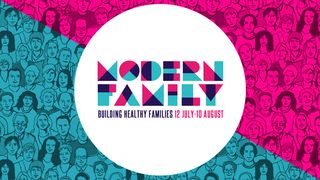 In Matthew 19:1-9, we have a record of the Pharisees trying to trick Jesus with a question about divorce, a hotly debated topic of his day. Everyone today has or knows a friend or family member who has been divorced and possibly remarried, or maybe we have even gone through that experience ourselves. Stories of family breakdown are usually filled with pain and heartache – for spouses and for children, if they are involved. Here in Australia 43% of first marriages end in divorce and the rates go up with second and subsequent marriages. One in three marriages today are a re-marriage, resulting in an increasing number of step-families and blended families. All sorts of questions emerge for the follower of Christ: What are the options when a marriage isn’t working? Is divorce ever okay? If divorced, what next? Is re-marriage okay or it is “committing adultery”?

People of the Book

The Bible is our final authority for belief and practice. We know what the Bible says, but what does it mean (exegesis) and how do we apply it (hermeneutics) to our lives today? Most churches today no longer follow the first century practices of foot washing, veil wearing and holy kissing.  Why do we ignore these instructions yet not others? How do we know what is culturally bound and what is timeless? Is the Bible like a legal constitution providing case law for every conceivable life situation or more like a library of God-inspired stories with insights and instructions for us to glean from? No doubt, two important principles of interpretation include considering the “context” and also the “complete mention” of a topic or subject.

To understand the context of what is occurring in this exchange between Jesus and the Pharisees we need to go back to some Mosaic Law about divorce and remarriage, primarily recorded in Deuteronomy 24:1-4. The purpose of this legislation was to regulate the practice of divorce during the time of Moses and Israel. Though never sanctioned by God, divorce and remarriage did occur during this time. The debate was never about whether divorce could occur or whether remarriage was okay after that but about the acceptable grounds for divorce. The legislation had practical and moral aims (to protect the woman, the most vulnerable person in the marriage, from ‘no fault’ divorce, to give her a written document permitting her to remarry without accusation of adultery, and to protect any subsequent marriage). Moses aim was to control and reduce divorce, not condone or legalise it.

Jesus, knowing their trap, bypassed their pedantic debate about Deuteronomy 24 and went right back to God’s original plan for marriage in Genesis (1:27; 2:24). What God joined together in marriage was not to be broken by anyone for any reason (Matt.19:4-6). The Pharisees had their answer but wouldn't give up. Next they misquote Moses by saying, “Why then did Moses command that a man give his wife a certificate of divorce and send her away?” (Matt.19:7) The form of their question showed that they had taken the lax Akiba position – all that is required for divorce is to observe the legal formalities by putting in in writing. Jesus replied, “Moses permitted you to divorce your wives because your hearts were hard. But it was not this way from the beginning. I tell you that anyone who divorces his wife, except for sexual immorality, and marries another woman commits adultery.” (Matt.19:8-9) In reply, Jesus says: Moses did allow divorce; it was a concession to the hardness of people’s hearts; divorce was not part of God’s original purposes; and when a man divorces his wife (other than for “sexual immorality”) and marries another, he commits adultery. Jesus is not attacking or altering the law of Moses, which he did not come to abolish (Matt.5:17-20), but their twisting of Moses’ intent.

So what is Jesus really saying about divorce? Some people interpret his words as forbidding all divorce and remarriage, saying that any re-marriage is a continual act of adultery, because the first marriage is a permanent bond before God. However, this would be a complete contradiction of Mosaic teaching and practice (which acknowledged that divorce could occur and that any re-marriage is a real marriage) as well as Jesus’ approach to the Samaritan woman (John 4) who had been married five times but now had “no husband” (Jesus did not say that she was still married to her first or any of her previous husbands). Jesus is clearly confronting the Pharisees lax approach to divorce and taking them back to God’s ideal, which is for marriage to be seen as a lifelong relationship characterized by friendship, loving care, sexual intimacy and commitment. To seek a divorce with the specific intent of marrying another person is nothing short of an adulterous act. That’s what Jesus was making a firm stand against. His comments do not deal with all problems or questions related to divorce, nor do they address what people who are already divorced should do or even those who go ahead and get divorced. None of these issues are in view. Jesus wanted them to stop tearing apart (through easy divorce) what God had put together (through marriage). All divorce is to be seen as a tragedy and contrary to God’s will.

Tom Wright, in his commentary on the Gospel of Matthew, notes that car manuals today usually include instructions of what to do if the car breaks down or an accident occurs. That’s not because the manufacturer is hoping this will occur! They want you to drive safely, free of trouble, worry and fear. But sometimes people get into difficult situations and its important to know what to do. Moses, Jesus and Paul did the same when it came to marriage. They didn’t command or encourage marriage breakdown, but did talk about what to do if it occurs.

Whenever there is marriage conflict or breakdown, followers of Christ should make every effort to work towards forgiveness, reconciliation and restoration of the relationship (see for instance Matthew 18:15-35, which immediately precedes Jesus comments on marriage and divorce). The church should always work towards that aim. There may be situations when a marriage has broken down so far as to be beyond repair. God himself eventually divorced Old Testament Israel due to her repeated unfaithfulness. Acceptable grounds for divorce include sexual unfaithfulness (Matt.19:9) and desertion (1Cor.7:12-16), but by principle may also include incidences where a person’s life and well-being are in continual danger. It is interesting that ‘divorce’ is never listed in Paul’s lists of sins. Divorce sometimes simply makes public and permanent the actual breakdown of the marriage. The real sin is in the failure to keep the marriage vows that resulted in the eventual divorce.

When considering the issue of marriage breakdown, while continuing to uphold and work towards God’s ideal of lifelong marriage as stated by Jesus, we also need to embrace the compassion that Jesus had towards hurting and broken people, showing them kindness and forgiveness (see John 8:1-11). God is the God of the second chance. We all gather at the foot of the cross and around the communion table as saved sinners, in desperate need of God’s forgiveness and grace. In Christ, grace and truth meet together in perfect unity. The church is to be a place of healing and restoration – for individuals and families.

1. Consider how divorce may have touched or impacted your life, friends or family.

2. Reflect on the importance of using the Bible as it was intended by applying proper principles of interpretation, such as consideration of context, background and the overall flow of the Scriptural redemption story.

3. Re-read Deuteronomy 24 and Matthew 19. Did you see these passages in any new ways?

4. How can we continue to uphold the ‘ideal’ of lifelong marriage (truth) while also acknowledging that God forgives us when we fail and gives us a second chance (grace)?

5. What are some options for a spouse if their marriage is not going well and their partner is not interested in improving the relationship?

6. What is some advice for someone entering a second marriage, given the high percentage of divorces for second and subsequent marriages?

7. What are some of the unique challenges of step and/or blended families and how can these be navigated?

8. Think of a couple you know who you believe have a great marriage. What are the characteristics or ingredients that make it that way?

9. In what ways can we strengthen and improve the quality of Christian marriages today?

10. A tip for husbands: ask your wife to evaluate the health of your marriage from 1-10 (it will probably be lower than your score!). Then ask her what she thinks would improve it. Then consider doing just that. Women often have great relational insight! [If the husband happens to be the more relational person in the marriage, then reverse this exercise]

11. How can we help remove the embarrassment that sometimes accompanies a couple asking for help from a counsellor or pastor with their marriage?

12. Pray for families, especially for marriages to be strong and healthy.

Divorce and the Christ-Community: A New Portrait by Dr Gary Collier (online eBook).

Divorce and Remarriage in the Bible: The Social and Literary Context by David Instone-Brewer (Grand Rapids, MI: WM. B. Eerdmans Publishing, 2002).

“Divorce” by H.R. Stein in Dictionary of Jesus and the Gospels edited by Joel B. Green and Scot McKnight (Downers Grove, IL: Intervarsity Press, 1992).