The Biblical Basis of World Impact
William Carey, the Father of Modern Missions

Whatever Happened to Mission? 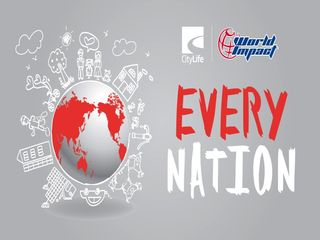 What Happened to Missions?

D espite the clarity of Jesus' commission to his followers, we have seen a “marginalisation of mission” over the last 2,000 years.

1. Mission has been belittled in the church.

Many Christians have inherited mindset in church that has almost excluded mission altogether or has pushed it to the sideline of what church is all about. For years, mission has had little importance to the average Christian. Our own needs are so great that we easily neglect the mission mandate, leaving it to the few “mission-heads” who feel the call. Mission’s reputation? Boring slide shows from the jungles of Africa. Unfortunately, for too long mission has not been seen as a priority for the church or for every Christian.

2. Mission has been overlooked in the Scripture(s).

Our understanding of Scripture is often viewed through spectacles that filter out mission. We focus so easily on the blessing God as for us (salvation) and miss our mandate to be a blessing to others (mission). Most people, when asked why does the church exist, answer, “To meet my needs”.

God’s promise to Abraham – “… in you all the families of the earth shall be blessed (Gen.12:3).” In the previous chapter, we have the account of the Tower of Babel and the confusion of languages. Ethnicity and cultural diversity became the dominant characteristic of the human race. The very next incident is the calling of Abraham and the very purpose of his called was a promised blessing of every variety of those human cultures. This covenant promise is repeated to Isaac and Jacob and finds fulfilment in the book of Revelation where we see God’s redeemed people – from every race, tribe, people and language gathered around the throne of the Lamb (Revelation 5:9; 7:9-10).

Galatians 3:8. The Scripture foresaw that God would justify the Gentiles by faith, and announced the gospel in advance to Abraham: "All nations will be blessed through you."

Paul interprets this by saying that God was preaching the gospel to Abraham so that through him it would reach all the peoples in the world. This thread of revelation about the gospel and God’s covenant with Abraham runs through the entire Bible (a huge narrative of mission).

We have tended to focus on salvation to the exclusion of mission. We have been saved because of mission and now we have the awesome responsibility to win others as part of our mission. The doctrine of salvation (soteriology) must not be separated for the doctrine of missions (missiology). Salvation and mission are not to be divorced from each other. What Jesus has done for us must move forward to an embracing of what Jesus wants to do through us.

3. Missions has been sidelined in church history.

Notice the slowness of the disciples to catch the vision for world evangelisation. God’s love for the Gentiles is constantly stated in the Bible, yet the people of Israel failed to see their role as a blessing to the world. This is why Jesus appeared so radical – he reached out to the despised Samaritans, Greeks, traitorous tax-collectors and the hated Romans. Even just before Jesus’ ascension, the disciples wanted to know about when God would restore the kingdom to Israel.

After Pentecost, the disciples were so caught up in the amazing revival and enormous church growth that they failed to move to the wider implementation of the Great Commission. It took a number of years and much persecution to finally get the church to actually move outside of Jerusalem with the intent to bringing others to Christ. In fact, it was through the martyrdom of Stephen and the preaching of Phillip, both deacons, that they finally spread outside Jerusalem. Even then, the apostles stayed in Jerusalem and the ordinary believers went out.

It took the church at Antioch, rather than the Jerusalem church, to finally become a launching pad for world evangelisation. Then the apostles began to go to distant lands and peoples with the gospel. The NT church eventually obeyed the Lord Jesus.

Unfortunately, after the end of the first century, mission almost disappeared from the church for 1700 years. There was little interest in world evangelisation during this long period of time. Mission has been sidelined from the central place it has in God’s heart. The focus was on doctrine, church structures and personal spirituality.

The mainline Reformers and those that followed them assumed that the key Great Commission (Matthew 28:18-20) had been obeyed and achieved by the apostolic church and that all that remained was to evangelise locally. WHY? This was because of wrong priorities, coldness of heart, blindness, a distorted worldview. There has been missionary effort throughout the history of the church but usually through a FEW, and not through the mainstream of the church. Historians, when writing about church history, had little focus on the importance of missionary advance.

Something significant happened a little over 200 years ago that dramatically affected the history of the church. There has been an incredible escalation in world evangelisation, both local and global. Research has led to mobilisation, goal-setting and staggering growth in numbers of Christians and churches around the world. The good news of Jesus has spread through radio and television ministry, Bible translation, prayer ministries and church planting. After many years of barrenness and retreat, the church started to obey Jesus' commission – at least, in parts.

Read part 3 to find out.

Posted at 05:01 AM in Evangelism and Mission | Permalink