Whatever Happened to Mission?
Mission: The Work of God 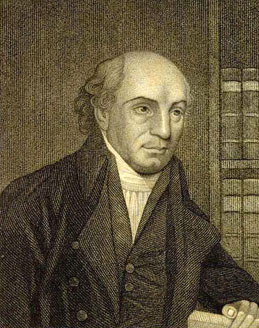 William Carey was one of the main instruments in God’s hand for the restoration of mission into the mainstream of Protestant Christianity through his writing, emphasis on prayer for world evangelisation and promotion of practical structures for mission. He was not the first to preach on missions, but he was the one used by God to lift the lid of the church preventing it overflowing to the world. He was preceded by great preachers and theologians such as Jonathan Edwards, and also a few significant missionaries like David Brainerd.

The month of May 1792 was a pivotal time for church and world history. An impoverished pastor, named William Carey, in rural England was about to impact history. Carey preached a passionate and well-reasoned sermon to fellow ministers meeting in Nottingham, England. His vision was for the evangelisation of the whole world.

Isaiah 53 shows us the Suffering Servant giving his life for our salvation. Most people stop at the end of chapter 53 and fail to read on. Remember that the chapters and verses were put in as a helpful addition but were not part of the original inspiration. We should be grateful for them, but at times they obscure the continuity God intended.

Isaiah 54 moves from the salvation of the Suffering Saviour to the mission of seeing an abundant and joyful harvest. The barren woman (symbolic of the church – God’s people) rejoices at the overwhelming fruitfulness God gives to her. The church is to enlarge its borders and spread out to influence the nations and cities of the world.

The message had a profound effect on those who heard it, but they had neither the faith nor the courage to do anything about it. The meeting broke up with no decision. The immensity of the task seemed overwhelming.

Carey turned to his friend, Andrew Fuller, who was also a pastor, gripped his arm and cried out, “Is there nothing again going to be done?” This sudden outburst broke through and Fuller persuaded the meeting to reconsider their lack of response. That turned the day around. A resolution was passed that “a plan be prepared at the next Minister’s meeting for forming a Baptist Society for propagating the gospel among the heathen.”

Four months later that meeting took place and 12 men committed themselves as the first members of the new missionary society. They contributed the, then, large sum of just 13 pounds – collected in a small snuffbox. So was born the modern missionary movement, which despite its many weaknesses, was to lead to an astonishing and unprecedented expansion and growth of the church over the following 200 years. Over this period the largely isolated, introspective Protestant church in northwest Europe was transformed into a global multi-cultural family of churches in which those of European origin were to be a distinct minority.

Why was William Cary so influential and so effective?

1. His years of pastoral ministry and church planting in rural England.

2. His perception of mission as the heart of God and the message of Scripture.

There was plenty of room for discouragement. In one minister’s meeting when he raised the issue, his old pastor, John Ryland, retorted: “Young man, sit down, When God pleases to convert the heathen, He will do it without your aid (help) or mine.”

3. His study and understanding of the modern world.

He lived in a time when Europe was discovering the existence of the wider world. Explorers were returning with detailed maps of new worlds and descriptions of peoples and cultures. The published accounts of Captain Cook’s discoveries were a significant contribution to Carey’s thinking.

The trading companies were sending their representatives to every corner of the world for financial gain. The industrial revolution was gathering momentum. Amazingly, this poor rural pastor acquired the reports, books and information to carefully craft a coloured wall map and a personally hand-sewn leather globe reflecting the latest discoveries of his time.

He did the first real statistical global survey ever undertaken and published it in 1792, in his 87 page book Enquiry. It was a masterpiece of factual accuracy, balanced assessments and global comprehensiveness. Patrick Johnstone’s influential book, Operation World, was birthed from Carey’s example.

4. His ability to communicate the vision by word and print.

His book the enquire became the most convincing missionary appeal ever written, and a landmark in which deserves a place alongside Martin Luther’s Ninety-five Theses in its subsequent influence on church history.

5. His proposal of a mechanism for mission work to be initiated and sustained.

He saw the need for practical structures to assist the accomplishment of the task. He created a strategy and a structure for mission work. He actually modelled his mission agency on the big international trading companies that were carving out powerful trading empires across the oceans. He motivated the church to action and provided a simple, but effective framework to channel church planting ministry.

6. His example in going as a missionary himself (to India).

Despite many obstacles with finance, opposition, disease, setbacks, he plodded on with unswerving dedication to become one of the greatest missionary Bible translators and church planters of all time.

He allowed no discouragement from those around him to deflect him and no obstacle to hinder him. He lived the words he preached in his famous sermon, “Expect great things (from God) and attempt great things (for God)”. He was a visionary, researcher, theologian, linguist, writer, preacher and an effective communicator all rolled into one. He claimed to be no genius, just a plodder – but what a plodder! What appeared to Carey’s contemporaries as an impossible dream is becoming an attainable reality.

Next: Mission - the Work of God

Posted at 05:02 AM in Evangelism and Mission | Permalink