We need EVERYBODY!
Sabbath 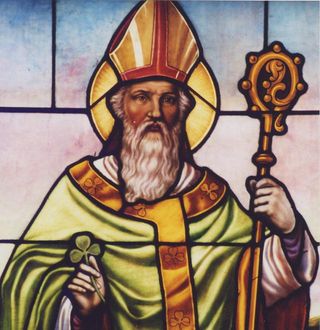 In about a week's time (17th March), Irish people all around the world will celebrate St. Patrick's day, which has become both a religious and cultural holiday in Ireland. St. Patrick is also highly esteemed highly by the Catholic, Eastern Orthodox, Anglican and Lutheran Churches.

Only two letters survive about Patrick's life and mission, although there is a host of other material containing various traditions about him. He was captured by a group of pirates as a 16 year old and taken to Ireland as a slave. He lived there for 6 years before escaping and returning home to Great Britain. During his captivity he had a conversion experience and became a follower of Christ. Eventually, he returned to Ireland as a missionary - by his own choice.

St. Patrick took the Gospel from Britain to the pagan tribes of Ireland (approx 457-492 AD). This was the time of the druids. It is believed that he was instrumental in seeing over 200 churches planted, over 100,000 people becoming followers of Christ, and 1000s of people being baptised.

St. Patrick was a missionary who connected the Gospel to local culture for the purpose of mission. Many refer to this as the “Celtic Way of Evangelism". It was steeped in prayer, humble living, connection with the local community of people, and finding God at work, even in the pagan culture. Patrick baptised many of the pagan symbols with spiritual and Christian meaning, including the shamrock (a lucky charm which he used to speak of the Trinity) and the highly symbolic Celtic cross which he created.

We have much to learn from St. Patrick as we seek to engage in God's mission in our world today.

Posted at 10:08 PM in Biographies, Evangelism and Mission | Permalink