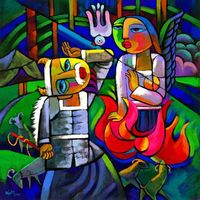 Yesterday I blogged about Awareness. Today I want to talk about the second thing God has been speaking to me about which is Attentiveness. It is one thing to be aware of God in our daily lives. It is yet another to be attentive to him. Moses once saw a burning bush that grabbed his interest. He was aware that something unusual was happening. But it was only as he took time to stop and look that God then spoke to him (Exodus 3:1-10). After all, who opens up deeply to inattentive people? Be like the prophets who took time... Read more →

Posted at 05:00 AM in Spirituality | Permalink 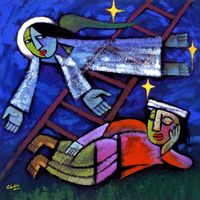 One thing God has been speaking to me about lately is awareness. In many ways, we don't need more of God's presence. What we need is a greater awareness of his presence. He is everywhere at once. There is no where we can go from his presence. Jesus is "Immanuel" = God with us. We don't need to pray for him to be with us. He already is. We need an awakening and an opening of our eyes to be more aware of him. Jacob was in a desert place but had a dream and woke to realise that God... Read more →

Posted at 01:58 PM in Spirituality | Permalink

At first, I saw God as my observer, my Judge, keeping track of the things I did wrong, deciding whether I merited heaven or hell when I die. But later, it seemed as though life was rather like a bike ride; It was like a tandem bike and God was in the back, helping me pedal. I don't know when it was that He suggested we change places, but life has not been the same since. When I was in control, I knew the way. It was rather boring and predictable; I took the shortest route to travel between two... Read more →

Posted at 05:00 AM in Spirituality | Permalink 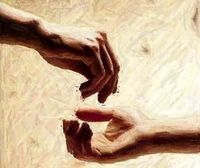 Musing replaced by amusement Preoccupation over meditation Noise for quiet Activity for depth Elders replaced by celebrities Glitz over substance Acting for being Gossip for wisdom Better replaced by bigger Trendy over timeless Speed for well-being Quick fix for deep change Time for a great reversal Selfishness replaced by love Joy over sorrow Grace for guilt Peace for the storm Lies replaced by truth Justice over abuse Hope for despair Good news for bad Lethargy replaced by passion Purpose over aimlessness Courage for fear Faith for doubt God over all and in all Ready to swap? [Mark Conner - January... Read more → 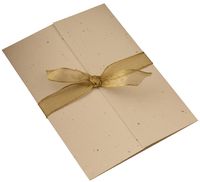 God in human form Immanuel God with us Jesus calls Follow me Will we go? Spirit calls Gentle whisper Will we hear? Father waits We play with toys Will we turn? An invitation From heaven’s throne room Come and see Trinity Other invitations Distant preoccupations Distract and clutter Competition For my heart Tug of war Who wouldn’t go? What greater call? What better company? Just a quick visit Or a lengthy stay Or maybe another day An invitation Just for me Time to RSVP [Mark Conner - January 24th, 2014] Read more →

Life is becoming faster and more complex. Pressures and challenges are increasing, easily sapping our joy and peace. Personal wellbeing is vital as it provides us with the energy to carry out our God-given purpose in life. Over the holiday season we have been sharing a series of messages entitled Body Soul Spirit – a holistic approach to health, looking at some principles of physical health, emotional health, relational health, spiritual health and financial health from God’s Word. The series has been about “healthy living in stressful times”. God is interested in all of our life (see 1 Thess.5:23-24. Mark... Read more →

Posted at 07:52 AM in Personal Development | Permalink

7 Predictions for American Churches in 2014 (by Thom Rainer)

Predicting is as much of an art as it is a science. And if any prognosticator is honest, he or she will tell you that they don’t always get it right. I know. I certainly don’t always get it right. But I don’t pull my predictions out of thin air. To the contrary, each of them has a reasonable explanation. For these seven predictions, I gleaned from several sources: Data-based research, particularly LifeWay Research. Trends that are already underway and gaining momentum. Conversations with hundreds of church leaders. My own experiences, based on 25 years of consulting and research of... Read more →