Let's now look at our next step ... STEP 4 - Organise Weekly To make the most of your time and to manage your life well means that you need to consider what you are doing with your time. That’s why a weekly planning appointment is so helpful. Use a calendar and schedule specific time for your important appointments, events and tasks, as well as for the implementation of your goals. A goal set and then never looked at again will never be achieved. It takes character, commitment and determination to turn good intentions into reality. God is a great... Read more →

Step 1 of Planning for the New Year was Understand Your Mission. Step 2 was Identify Your Roles. Let's now move on to Step 3. STEP 3 - Establish Goals. As Paul identified each role, he gave some specific instructions or goals for the believers at the church of Ephesus to work on. Wives were to lovingly submit to their husbands (Eph.5:22-24), husbands were to love their wives as Christ loved the church (5:25-33), children were to obey and honour their parents (6:1-3), parents were to raise their children in God’s ways (6:4), servants were to obey their masters even... Read more →

Planning for the New Year (Pt.9)

STEP 1 in Planning for the New Year is to Understand Your Mission. We have considered a number of things to help us get a better handle on our mission: a mission statement, core values, personal vision, prophetic directives, our unique SHAPE, and a SWOT analysis. These all work together to show us different aspects or perspectives of our life mission. Let’s move on to Step 2 now. STEP 2 - Identify Your Roles After encouraging each believer to understand God’s will for their life (Eph.5:15-17), the Apostle Paul then identified a number of specific roles or responsibilities that a... Read more →

Planning for the New Year (Pt.8)

Another simple tool to help you as you continue to think through your Mission is a SWOT analysis. SWOT stands for: Strengths - what are you good at? When do you feel strong? Weaknesses - what do you find difficult? What drains you of energy? Opportunities - what are the greatest opportunities facing you right now? Threats - what are the greatest threats facing you right now? Jesus used this approach when he sent letters to the seven churches in Asia Minor (see Revelation 2-3). He commended them for some things (strengths), adjusted some things (weaknesses), gave them any necessary... Read more →

Planning for the New Year (Pt.7)

Another helpful thing to consider when reflecting on your Mission is your personal SHAPE. SHAPE is a concept developed by Rick Warren and it includes consideration of five things: Spiritual Gifts - what spiritual gifts has God given to you? Heart - what are your passions, interests, and motivations? Abilities - what are you good at? Personality - what type of personality do you have? Experience - what is your life experience, as well as your education? These five things work together to form your unique SHAPE. After all, our purpose in life isn't so much something we decide, as... Read more →

Planning for the New Year (Pt.6)

Another dimension of Mission is considering any Prophetic Directives God may have given you. This includes any specific prophetic words God has given to you directly or from others, as well as any specific Bible verses God has quickened for you. Listening to the Spirit's directives and then following them creates a sense of spiritual momentum in your life. Spiritual Momentum answers the question, “What is God saying or doing right now?” Momentum comes from a combination of God’s work in our lives, along with our responsiveness to keeping in step with the Spirit. Jesus continually sought to see and... Read more →

Planning for the New Year (Pt.5)

Another aspect of Mission is Vision. Vision answers the question, “Where?” Where are you going in the next period of time (3-5 years)? What is on the horizon and which way are you heading? Leaders are called by God to communicate a preferred picture of the future that motivates people with passion to give their lives to make it a reality (see Prov.29:18 and Hab.2:1-3). Vision must be clear, specific and should lead us towards further fulfilling your mission. Jesus had a clear vision of what he wanted to accomplish during his short ministry time on earth, as well as... Read more →

Planning for the New Year (Pt.4)

Another dimension of Mission is Values. Values answer the question, “Who?” Who are you? What is important to you? What are you building on and what do you hope to outlast you? Jesus had specific values that he was building His kingdom on and he made them very clear to everyone. “You have heard it said that … but I say to you … (Matt.5:21-22, etc).” In others words, “This is the way I want things done around here.” This is how I want my house and my kingdom to function. At CityLife Church we have twelve Core Values that... Read more →

Planning for the New Year (Pt.3)

Effective life planning involves SIX STEPS aimed at helping you to lead and manage your life well. Today we begin with Step 1. STEP 1 - Understand Your Mission The Apostle Paul tells us to “understand what the Lord’s will is” (Eph.5:17). What is God's will? What is God’s purpose for your life? How has he made you and what are your desires? Gaining a clear perspective on God's mission for your life is essential. Otherwise you will become very busy managing all the details of your life without any overall sense of purpose or direction. There are a number... Read more →

Planning for the New Year (Pt.2)

To begin our life planning process, we’ll make use of a reflection exercise. Reflection is all about pulling aside from the busyness of our life in order to contemplate and think about a specific thing. It is related to the concept of meditation, a common biblical practice which simply means to chew something over and over in your mind. Set aside 20-30 minutes some time today and reflect on the following questions. This is not a test. These questions are merely to stimulate your thinking. Allow your mind to wander a bit. You might want to jot some of your... Read more →

Advent: Lighting the Fourth Candle - Our Waiting is Over! 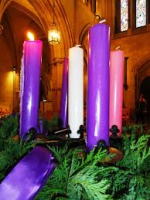 Planning for the New Year (Pt.1)

Many people spend more time planning for their holiday than they do planning their life. That’s a sobering thought. Over the next two weeks I’d like to lead you through a series of daily reflection exercises aimed at helping you to make next year your best year yet. After all, leading your own life is your responsibility and it is the key to you fulfilling God’s purpose for your life while here on planet earth. What could be more important? All effective people know their priorities and then focus their energy on them. They know what is important and they... Read more →

Posted at 11:17 AM in Personal Development | Permalink

Advent: Lighting the Christ Candle - Waiting for the Son 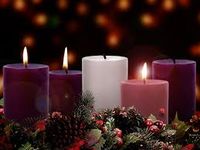 The Fourth Sunday of Advent (or thereabouts) [Re-light two purple candles and the pink candle.] We Remember the Meaning of Advent Advent is a word that means “coming” or “visit.” In the Christian season of Advent, we prepare for the “advent” of Christ at Christmas. Our preparation includes many things: • We remember Israel’s hope for the coming of God’s Messiah to save, to forgive, and to restore. • We remember our hope for the second coming of Jesus. • We remember our need for a Savior to save us from our sins. • We prepare to welcome Christ at... Read more → 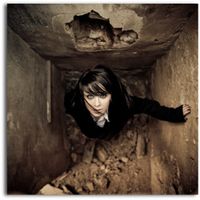 Posted at 04:00 AM in Personal Development | Permalink

Confession time. I love books! Yes, there is a certain joy in buying a new book and just putting it on your shelf ... even if you haven't yet read the last ten books you bought. Fellow addicts would understand. Others don't. So, if you are looking for a book to read, check out Christianity Today magazine's list of their book awards for 2014. There's bound to be something in there to capture your interest and its good to keep in touch with what is shaping the thinking and culture of Christianity today. A few other books I have on... Read more → 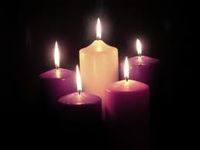 The Third Sunday of Advent (or thereabouts) [Re-light the first two purple candles] We Remember the Meaning of Advent Advent is a word that means “coming” or “visit”. In the Christian season of Advent we prepare for the “advent” of Christ at Christmas. Our preparation includes many things: • We remember Israel’s hope for the coming of God’s Messiah to save, to forgive, and to restore. • We remember our hope for the second coming of Jesus. • We remember our need for a Savior to save us from our sins. • We prepare to welcome Christ at Christmas into... Read more →

The Future of Social Media Facebook, Instrgram, Twitter and Snapchat. Welcome to the exploding world of Social Media. Where will it all go and what trends are trending into 2014? Ryan Holmes, the CEO of HootSuite, a social relationship platform, recently wrote for Fortune magazine outlining five trends that could be poised to shake up the industry and the way we use social media in 2014: 1. The rise of ephemeral social networks. 2. Learn to tweet. Your boss expects it. 3. Social customer service kills the dreaded phone tree. 4. Social media finds you as you browse. 5. Get ready to see ads from... Read more →

The Second Sunday of Advent (or thereabouts) [Re-light the first purple candle.] We Remember the Meaning of Advent Advent is a word that means “coming” or “visit.” In the Christian season of Advent we prepare for the “advent” of Christ at Christmas. Our preparation includes many things: • We remember Israel’s hope for the coming of God’s Messiah to save, to forgive, and to restore. • We remember our hope for the second coming of Jesus. • We remember our need for a Savior to save us from our sins. • We prepare to welcome Christ at Christmas into our... Read more →

Nelson Mandela passed away yesterday at the age of 95. He was a South African anti-apartheid revolutionary, politican and philanthropist who served as President of South Africa from 1994 to 1999. He was the first black South African to hold the office, and the first elected in a fully representative election. His government focused on dismantling the legacy of apartheid through tackling institutionalised racism, poverty and inequality, and fostering racial reconciliation. After studying law in university he became a lawyer. In 1962 he was arrested, convicted of conspiracy to overthrow the government, and sentenced to life imprisonment. Mandela served 27... Read more →

Posted at 11:34 AM in Biographies, Current Affairs | Permalink 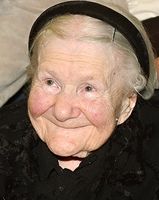 Let me tell you the story of Irena Sendler. It’s a name that I didn’t even know until a few weeks ago, but once I heard her story, I will never forget her. Irena was born in 1910 just outside of Warsaw. By 1940 she had become an administrator in Warsaw’s welfare department as Hitler occupied Poland. Well, the Nazis, if you remember right, they took half a million Jews and they shoved them in the ghetto and then they cut off all the basic health services, even food. Now Irena was responsible for controlling tuberculosis in the area so... Read more →

Posted at 03:28 PM in Biographies | Permalink