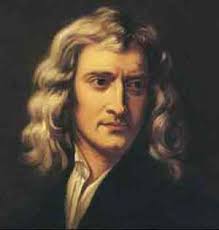 Sir Isaac Newton was one of the fathers of modern scientific revolution. Interesting, he said that his greatest passion was the Bible over and above science.

“I have a fundamental belief in the Bible as the Word of God, written by those who were inspired. I study the Bible daily.”

His curiosity about the world was entwined with his reverence for the Creator, whom he credited with the existence of the universe. He was able to hold his scientific discoveries in tension with his faith, rather than replacing God with natural laws.

In fact, almost all of the scientific greats of the modern period were also deeply religious people who learned to balance the need for both faith & reason.

Posted at 06:00 AM in Quotes, Religion, Science | Permalink