Is it Reasonable to Believe there is a God?
Creation Models 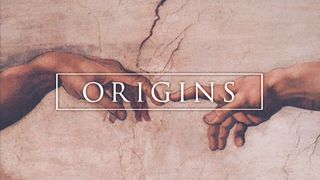 If you’ve ever visited one of the great museums of the world you will have noticed the contrast between the extensive and magnificent displays from ancient civilizations such as Egypt, Syria and Mesopotamia, and those from ancient Israel, which are generally unimpressive and difficult to find. Yet one artifact from ancient Israel has survived: its literature. They were people of the book. They told stories and wrote them down. Not only did their literature survive, it became authoritative and then went on to profoundly influence and inspire believers, writers, artists, musicians throughout the world.

While the New Testament was still being written, the apostle Paul described the sacred writings of the Old Testament as “... inspired by God and useful to teach us what is true and to make us realize what is wrong in our lives. It corrects us when we are wrong and teaches us to do what is right. God uses it to prepare and equip his people to do every good work (2Tim.3:16-17. NLT).”

In the next few weeks, we will be sharing a series of messages on the book of Genesis. Genesis means ‘beginnings’ and it is the first book of the Bible. As such, it is the foundation for the rest of the Bible. It is a book of ‘origins’, showing the origins of the world (Gen.1-11) and of the people of Israel, who began with Abraham’s family (Gen.12-50). These two origins reflect Israel’s theology, their belief in a God who is at once the God of the world in general and the God of the people of Israel in particular. Sometimes it helps to look backward before you move forward, living your life from God’s perspective. Hindsight can give us fresh insight to who God is and who we are as the people of faith.

Let’s lay a foundation for getting the most out of this series on Genesis.

1. What kind of Book is Genesis? The genre of Genesis could be described as ‘theological history.’ It is not a scientific handbook (though scientists are right to investigate its claims), a book of biographies (though there is much to learn from the lives of the men and women it describes), or a history book (though it is historical). It is a book of theology (though not systematic) - telling us about God and his interaction with humanity. The author has been highly selective, telling us what he wants us to know, not everything we would like to know.

2. Who was the author of Genesis? The name of the author is not mentioned in the book but many assume it is Moses. Moses no doubt had a hand in its compilation, though other inspired editors were probably involved over time.

Take time to discern the intent of the author and how the readers would have heard the text. What did this text mean back then and there (called ‘exegesis’)?

3. What is the historical context? The content of Genesis refers to the beginnings of the world right through to the call of Abraham, who lived in ancient Mesopotamia (modern day Iraq), to become the father of the Israelite nation, thousands of years ago. It was a poly-theistic world, where people worshipped many gods.

4. What is the literary context? Narratives are stories with a narrator, characters, a plot (and sub-plots), scene(s), dialogue, conflict or tension, and resolution. At the upper level, God is the ultimate character and hero of each story. Stories tell us what happened. They aren’t allegories with hidden meanings or instructions of what we should necessarily do. Think passages more than verses and look for the author’s main point. Consider the wider context of the Scripture also (which ultimately points to Christ).

5. What is the theological message? How does Genesis describe God? The Bible is God’s self-revelation, showing how he relates to people and interacts with his world. In Genesis, we see God as creator, all powerful, the one who brings order out of chaos, the one who is transcendent yet immanent, as one who grieves over sin, one who holds us accountable for our actions, a God who is compassionate and merciful, one who makes covenants and keeps his promises, and one who is active and present in his creation. Also, how does Genesis anticipate Christ? We are to read the Old Testament in the light of Jesus (Luke 24:25-27). In Genesis, we see Jesus as the Word who created all things (John 1:1), the seed of the woman (Gen.3:15), the ark of Salvation, the seed of Abraham (Gal.3:15-16), and as Isaac the only begotten Son.

Now we consider what the text means here and now (referred to as ‘hermeneutics’).

6. What is the cultural relevance? We need discernment to know what parts of the text are cultural for only Bible times and what transcends culture for all seasons. We know we don’t have to obey God’s command to Abraham to sacrifice his son Isaac (Gen.22:2) but we are called to bless others with the blessing we receive, as Abraham was (Gen.12:1-2). Much of God’s Word back then is still for us today: to reflect the image of God, to steward the earth, to love our neighbor, to obey God, and to follow God’s call to bless our world.

7. What are the transferable principles? How can we extend the application of the text to different contexts? The Bible doesn’t tell us everything we may want to know but it does tell us everything we need to know. It is still relevant and authoritative. Don’t just approach the Bible as a ‘handbook for life’ but rather as a revelation of Jesus to us. Seek to know Him.

8. What is God saying to me today? Take time to reflect on what God may be saying to you through the text. Soren Kierkegaard said, “When you read God’s Word, you must constantly be saying to yourself. ‘It is talking to me, and about me.’” Eugene Peterson says, “The written word has the potential to resurrect the speaking voice and the listening ear.” Listen for the gentle whisper of God’s voice or a prompting from His Spirit.

9. What do I want to say to God? Take some time to talk to God. Share what is on your heart. Ask for grace and courage to live a life of purpose and significance today.

Take some time over the next few weeks to read Genesis 1-11. Allow God to speak to you from these stories about our origins.

1. Which story from Genesis do you remember hearing first? How did it affect you?

2. What is your favorite story from Genesis? Why? The story you find most difficult? Why?

3. What puzzles you most about the book of Genesis?

4. Imagine yourself living as Jew in Israel 4,000 years ago. How would a book like Genesis affect you? What importance would it carry?

5. We are a culture addicted to ‘novelty’ - the constant search for something new. What are the benefits of looking back to our origins when thinking about how we should live today?

7. The Pharisees knew the Scriptures better than anyone but somehow missed Christ (John 5:39-40). How can we ensure that our Bible reading and teaching never blurs the focus of our relationship with God?