“The sweetest thing in all my life has been the longing — to reach the Mountain, to find the place where all the beauty came from - my country, the place where I ought to have been born. Do you think it all meant nothing, all the longing? The longing for home? For indeed it now feels not like going, but like going back.” C.S. Lewis in Till We Have Faces Read more →

On August 30-31st, City Bible Forum is hosting a symposium of science and the Scriptures, looking at three views of origins: atheist naturalism, young-earth creationism, and old-earth creationism. What happened in the beginning? Was there a creator? How old is the earth? How do we understand Genesis? Over 2 days, this symposium brings together experts in three different views of origins to explore science and the Bible. Hear the evidence and decide for yourself. Event information is available on the City Bible Forum web site. P.S. Don't forget to check out our own ORIGINS series at CityLife. Also, Old Testament... Read more →

Posted at 08:00 AM in Special Events | Permalink 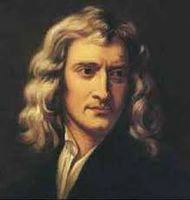 Sir Isaac Newton was one of the fathers of modern scientific revolution. Interesting, he said that his greatest passion was the Bible over and above science. “I have a fundamental belief in the Bible as the Word of God, written by those who were inspired. I study the Bible daily.” His curiosity about the world was entwined with his reverence for the Creator, whom he credited with the existence of the universe. He was able to hold his scientific discoveries in tension with his faith, rather than replacing God with natural laws. In fact, almost all of the scientific greats... Read more →

Posted at 06:00 AM in Quotes, Religion, Science | Permalink

“God dwells in His creation and is everywhere indivisibly present in all His works. He is transcendent above all His works even while He is immanent within them.” A.W. Tozer Read more →

How to Make Wise Decisions (Pt.6)

A few final comments on guidance and the will of God ... God never guides by part of his navigation system alone, always by all of them. They are like lights that need lining up. God established the principle of 2 or 3 witnesses (see Deut.17:6. 2 Cor.13:1). Not one of these principles works alone. This is the law of witness. You don’t violate God’s word to do his will. He knows how to confirm. Green lights and only one red one? Wait. Be still. Don’t be stupid. The bigger the decision, the larger the risk, the more witnesses you... Read more →

How to Make Wise Decisions (Pt.5)

A final aspect of how God guides us is ... 5. Wisdom. God created wisdom before he created the world (Prov.8). In the book of Proverbs, we are encouraged, if not urged, to get wisdom. God wants to help us develop wisdom, which is the proper application of knowledge and understanding (Prov.4:7). God gave us a brain – we must use it. He won’t make all the decisions for us. He wants us to use common sense, which isn’t so common any more. Ask God for wisdom (Jas.1:5), look in the Bible for it, do personal research and listen to... Read more →

How to Make Wise Decisions (Pt.4)

How does God guide us? What is his navigation system for our life? So far we have looked at the Scriptures and circumstances. Let's discuss a few more today ... 3. The inner witness of the Holy Spirit. God has sent the Holy Spirit to guide us and lead us. We should pray and commit all of our ways to the Lord, asking for his guidance and direction. God wants to reveal His thoughts and feelings to us. He does this through His Word but also through the person of the Holy Spirit. He has been sent to be our... Read more →

How to Make Wise Decisions (Pt.3)

God does guide us. His will is good, pleasing and perfect. He wants us to find it and fulfill it. We need to adopt a proper attitude and perspective on God’s will for your life. Don’t be fatalistic, negative or frustrated. Don’t give up or get mystical. Learn to make wise decisions. Decisions determine destiny. So, how does God lead his people? What is his navigation system? Let's look at a few components of how God guides us: 1. The Scriptures. God’s Word contains God’s will. As we read and meditate on the Scriptures, we will begin to think like... Read more →

How to Make Wise Decisions (Pt.2)

Let's continue speaking about a number of wrong approaches to knowing and doing God's will. 3. Frustration. God’s will is not meant to be complicated or confusing. Yet sometimes we can feel like, "God loves me and has a wonderful plan for my life, but He’s not telling me!" God’s will is not some secret formula you need to discover. Sometime our frustration is based on the belief that God has a detailed plan for our life that he has hidden and that we need to discover. We think we must try to find the next step that he wants... Read more →

How to Make Wise Decisions (Pt.1)

One of the most common questions I have been asked over the years is, "How do I know God's will for my life?" Many people struggle to know God's will and, as a result, find it difficult to make life decisions. The truth is that God does have a will - a sense of purpose. He has intentions and desires, thoughts and plans. He is not aimless or wondering what to do next. The good news is that God wants us to know and do his will (see Eph.5:15-17. Col.1:9). He does not want to hide it from us. Finding... Read more →

The Genesis Creation Story Genesis 1 is a simple and majestic opening to the Bible. It introduces the two main subjects of Scripture, God the Creator and humans as his creatures, and sets the scene for their long relationship. Clearly the interests of the author are focused primarily on the patriarchs, given the amount of material allocated to their story (Gen.12-50), but the background is that the God of Abraham, Isaac and Jacob is no mere localised or tribal deity, but is the sovereign Lord of the whole earth (Gen.1-11). There were a number of creation and flood myths in... Read more →

The book of Genesis opens simply ... "In the beginning God created the heavens and the earth." The author boldly presents God as Creator then as Redeemer of humanity. Life is not an accident. God has a purpose and he is working to fulfill it throughout history. Men and women are made in the image of God. As partners together, their God-given mandate is to fill the earth with loving community and to give responsible leadership to the planet. All Christians believe in creation but there are a variety of opinions as to exactly how God created the earth and... Read more →

If you’ve ever visited one of the great museums of the world you will have noticed the contrast between the extensive and magnificent displays from ancient civilizations such as Egypt, Syria and Mesopotamia, and those from ancient Israel, which are generally unimpressive and difficult to find. Yet one artifact from ancient Israel has survived: its literature. They were people of the book. They told stories and wrote them down. Not only did their literature survive, it became authoritative and then went on to profoundly influence and inspire believers, writers, artists, musicians throughout the world. While the New Testament was still... Read more →

Is it Reasonable to Believe there is a God?

The City Bible Forum is hosting an event in Melbourne on August 16th entitled "Is it reasonable to believe there is a God?" The evening will feature a lively conversation between Lawrence M. Krauss and William Lane Craig. Lawrence M. Krauss is a renowned cosmologist and science popularizer, and is Foundation Professor in the School of Earth and Space Exploration, and director of the Origins Project at Arizona State University. Hailed by Scientific American as a rare public intellectual, he is also the author of more than three hundred scientific publications and nine books, including the international bestseller, The Physics... Read more →

Welcome to the second half of the year! This month, we’ll be taking a fresh look at the first part of the book of Genesis, as we commence a series of messages called ORIGINS. Sometimes it helps to look backward before you move forward, so you live your life from God’s perspective. By going back to the beginning, we can glean some amazing insights about God’s original purpose for this world, all of which are incredibly relevant for our lives today in the 21st century. History really is HIS-story and you and I are called to play a significant part... Read more →

Posted at 08:56 AM in Special Events | Permalink

Here is a collection of humorous church bulletin bloopers (typographical errors) ... * Evening massage - 6 p.m. * Don't let worry kill you. Let the church help. * Thursday night ... pot luck supper. Prayer and medication will follow. * Remember in prayer the many who are sick of our church. * For those of you who have children and don't know it, we have a nursery down stairs. * Weight Watchers will meet at 7 PM at the First Presbyterian Church. Please use large double door at the side entrance. * Eight new choir robes are currently needed,... Read more →