Rob Bell's Book: "What We Talk About When We Talk about God." 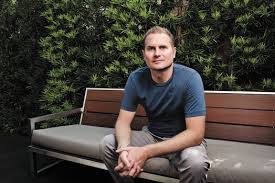 Mark Galli, editor of Christianity Today, has recently reviewed the book and offers these insightful thoughts ...

As far as I can tell, any classic, middle-of-the-road Christian can offer a hearty "Amen" to a great deal of Rob Bell's theology.

The former pastor of Mars Hill Church believes God exists and can be experienced and yet cannot be contained by rational explanations. He affirms the divinity and humanity of Christ, as well as the Resurrection. He believes the Spirit is active in our lives and in the world. He believes the Bible is authoritative at some level—that is, he always tries to understand his life in light of his reading of the Bible. He is indignant about self-righteousness and injustice, and contrary to popular opinion, he actually believes in a judgment: He says people who abuse and exploit others and creation will not participate in the glorious restoration of heaven on earth. Yes, he holds out hope that perhaps everyone will someday be saved, but in one sense, so do many evangelicals. Even God is said to wish that no one should perish.

So unlike some of my other fellow believers, I cannot say, "Farewell, Rob Bell." Instead, I think of him as my brother in Christ.

This may surprise readers who believe I wrote God Wins to refute Bell's controversial theology. Only in part, though that part is not insignificant. I mostly stumble over his epistemology—his understanding of how we come to know what is true, and by what method we determine how to live authentic lives. As I argued in the book, this is precisely my concern about evangelical faith as a whole. The thesis in my book and in this essay is that in this respect, Rob Bell is not only an evangelical, but an evangelical's evangelical, the evangelical par excellence.

This is admittedly a sweeping and dramatic assertion, which cannot be worked out in the course of an essay. But let me sketch in broad terms what I mean. I'll use Bell's latest book as the primary example—not because it is unusual, but precisely because it so perfectly represents what's going on in large segments of Christianity today.

Read the rest of the article here, in which he offers a challenge to followers of Christ to focus on living a life of love, not just a life of experience.

Posted at 05:00 AM in Books, Spirituality | Permalink