The Life of a Preacher's Kid 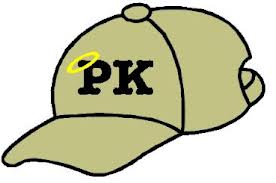 I am a PK - a "preacher's kid" or a TO - a "theological offspring", as my father used to call me. Growing up in a pastor's or minister's home is not easy. Many people think you should be perfect or at least have an extra holiness gene. It's just not true. Your surname brings all sorts of pressures and expectations, many of them unrealistic. No wonder far too many PKs drop out of the church and some from faith altogether.

I am a survivor. People often ask me why. It's hard to explain ... but a few things I do mention are:

1. My parents were the real deal. They were the same on the platform as they were off. No masks. No pretending. Life integrity influences more than any words that could be said.

2. My parents never expected me to be perfect. Sure, they disciplined me when I messed up, but they let people know that I was a normal kid, like everyone else, and not to put undue pressure on me.

3. They never pressured me or my sister to be in church ministry. In fact, they encouraged us to do other things, knowing that if God called us, it would all sort out. Funny enough, both my sister and I have been involved in church work for most of our adult lives.

4. They made ministry life fun. We got to go places, do things and meet people that many people never have the opportunity for. I was enriched by all of these experiences.

Other than that and even with all of this, I still know it is the grace of God at work in my life that has me where I am today - nothing more, nothing less. It's all God - for each one of us. You can't get much beyond this simply yet profound truth:

Eph.2:8-10. Saving is all God's idea, and all his work. All we do is trust him enough to let him do it. It's God's gift from start to finish! We don't play the major role. If we did, we'd probably go around bragging that we'd done the whole thing! No, we neither make nor save ourselves. God does both the making and saving. He creates each of us by Christ Jesus to join him in the work he does, the good work he has gotten ready for us to do, work we had better be doing. Message Bible

Do you know a preacher's kid? Why not reach out to them today and let them know you love and appreciate them, just for who they are - not because of the family they belong to.

Here is a recent article about preacher's kids that's worth the read:

Beneath the Stereotypes - a Stressful Life for Preacher's Kids

The day Franklin Graham was born, he received a telegram. “Welcome to this sin-sick world,” the Western Union message said, “and to the challenge you have to walk in your daddy’s footsteps." It didn’t take long for Graham, the son of famed evangelist Billy Graham, to realize that being a preacher’s kid would be both a blessing and a burden. “I love my parents,” Graham said in a recent interview, “but there came a time where I couldn’t let my parents live my life.” After a rebellious youth, Graham found a straight and narrow path that took him to the pulpit and the helm of his father’s Billy Graham Evangelistic Association.

But for every Franklin Graham, there’s a Friedrich Nietzsche, the atheist philosopher whose father was a Lutheran minister. For every Condoleezza Rice, there’s an Alice Cooper, the heavy-metal singing, fake-blood spouting son of a preacher man.

Beneath the stereotypes of preacher’s kids as either goody two-shoes or devilish hellions lies a tense and sometimes taxing reality, the children of clergy say. Studies show that many PK’s, as the lingo goes, struggle with issues of identity, privacy and morality. There’s even a support group, Preacher’s Kids International, dedicated to the “celebration and recovery of those who grew up in the parsonage.”

It’s unclear how the pressures of life as a prominent pastor’s child affected Matthew Warren, who took his own life on April 5. Warren was the son of megachurch pastor Rick Warren. Warren and leaders of his Saddleback Church in Orange County, Calif., declined to comment on Matthew, who was 27 when he died. After his son’s death, Warren said in a statement that Matthew had “struggled from birth from mental illness, dark holes of depression.” If Matthew Warren also battled with his role as the son of a world famous pastor and bestselling author, Rick Warren did not mention it in his brief statement. Still, after Matthew Warren’s death, several pastors and children of clergy stepped forward to offer empathy.

Preacher’s kids are often considered an extension of their parents’ ministry, Bakker said, and are expected to put on a happy face, even during tough times. At the height of the Bakker’s success during the 1980s, before their fall from grace, they sent thousands of copies of Jay’s school photos to loyal viewers of their show “PTL.” “You start to feel like you’re a prop,” Bakker said, “because you know that, behind the scenes, mom and dad fought on the way to church.”

Baptist pastor Corey Hodges said Matthew Warren’s death prompted him to reflect on the lives of his own three boys. “A pastor’s family has to share him or her with church-members,” Hodges wrote in his hometown paper, The Salt Lake Tribune. When tragedy strikes, pastors are expected to counsel their congregation, even if it means missing their children’s basketball games and school plays. “My boys masked their disappointment, but being a child of a pastor myself, I understood how much it hurt them,” Hodges wrote.

The children of non-Christian clergy struggle with similar issues, writes Israel N. Levitz in “A Practical Guide to Rabbinic Counseling." “It is well known,” Levitz writes, “that the higher expectations placed upon children of clergy create for them inordinate difficulties in growing up.” As Levitz notes, many rebel against those expectations, acting out to gain attention from their parents and to assert their own identity.

For Franklin Graham, his crusading father was often away from home, schoolmates tested his toughness and his behavior was scrutinized for chinks in the Graham family honor. He struggled to forge his own identity while remaining true to his father’s evangelical ideals. He didn’t always succeed: he fought, drank, smoked and got kicked out of college.

“It wasn’t that I wanted to rebel against God or my parents,” Graham said, “I just wanted to live my own life. But the more I thought I was going to have fun and show my independence, the more miserable I became.”

After a series of its own dramatic twists, Jay Bakker’s life has arrived fairly close to where it began. Like his infamous father, he’s a pastor. The first service at his new Revolution Church in Minneapolis will be on May 12. Bakker is married but doesn’t have children of his own yet. When he does start a family, he’s sure of at least one thing. “I wouldn’t use my kids in my ministry,” he said. “I’ll probably be a stay-at-home dad.”

Posted at 05:00 AM in Family, Leadership | Permalink