What Americans think of Islam 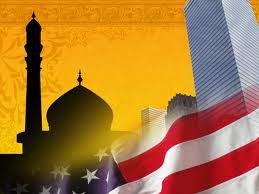 Barna Report: In the aftermath of the Boston marathon bombings, the attention of the media and the American public quickly turned toward the faith and political background of Dzhokhar and Tamerlan Tsarnaev. Reporters honed in on Tamerlan’s apparently deep Muslim faith, especially analyzing if that faith had become radicalized in the last few years. Fair or not, pundits, experts, and the American public wondered—did the faith of the two alleged bombers have anything to do with the atrocity that occurred? If so, what did that mean?

It was yet another instance of American ideals and radical Islam clashing with one another. Since September 11, 2001, American attitudes toward the religion of Islam have been under increased investigation. Controversies surrounding al Qaeda action around the world (such as the recent attempt in Canada), the Ground Zero Mosque, the protests over the film The Innocence of Muslims, Pastor Terry Jones threatening to burn a Quran, or any number of proposed laws (like the one in Oklahoma) to ban Sharia Law in the United States, have all entered into the collective American consciousness. So what does America think about Islam?

A recent Barna study suggests one-third of Americans (33%) have a favorable perception of Islam, while slightly more (36%) say they have an unfavorable perception of the religion. Add to that the 31% who don’t know what they think about Islam, and you have a nation decidedly divided on how to deal with a religion that includes 1.57 billion followers worldwide.

Perceptions of Islam
Americans of all ages are fairly split on how they perceive Islam, though the general trend reveals older Americans have a less positive impression of the faith of Muslims. Only 5% of Elders—adults who are 67 or older—say they have a “very favorable” perception of Islam, compared to 14% of Mosaics—ages 18 to 28—who say the same. About one in five Elders also say they have a “very unfavorable” perception of Islam (21%), while less than one in eight Mosaics feel that way (13%).

There is also a political divide that defines people’s perception of Islam. In Barna’s research, the only group with a lower response of “very favorable” than Elders were people who identify as Republican. Half of political conservatives (50%) say they have at least a somewhat unfavorable perception of Islam, while only about in five (22%) political liberals say the same.

Violence and Islam
Much of Americans’ concern over Islam has been a perception of violence. While more than half of American adults (53%) believe Islam is essentially a peaceful religion, a substantial minority—more than one in four of all Americans (26%)—associate Islam with violence, saying “Islam is essentially a violent religion.” Another one-fifth of respondents say they are not sure how to answer this question, which underscores that even while most Americans have come to a point of view on Islam, the jury is still out for millions of others

Only a little more than one in four evangelicals (27%) agree with the inverse statement, “Islam is essentially a peaceful religion,” while 62% of people with no faith or who are agnostic agree with that statement. Nearly half of non-evangelical born again Christians (47%) say they agree with the link between peace and Islam, and more than half of Catholics (59%) say the same. Of all Protestant pastors, well over half (62%) disagree that Islam is essentially a peaceful religion.

Politically, conservatives generally seem to believe Islam to be a more violent religion than do liberals. Nearly half of political conservatives (45%) agree with the statement “Islam is essentially a violent religion,” compared to 19% of moderates and 15% of liberals. Over three-quarters of people (79%) who identify as political liberals say they believe “Islam is essentially a peaceful religion,” compared with the 40% of conservatives who say the same.

Peoples’ view of Islam and hope for peace may be colored by attacks like the Boston marathon and 9/11 and the global reaction to Innocence of Muslims, which many people are willing to attribute to extremists. Nearly seven in ten Americans (68%) agree that extremists have unfairly distorted people’s perceptions of Islam (only 15% of Americans disagree)—it’s a sentiment held by the majority of liberals (86%) and conservatives (61%).

With a Muslim population in the United States estimated by some sources to be as large as seven million people, and as events across the Muslim world continue to touch American lives, public perception of Islam in the U.S. is an increasingly important religious indicator. David Kinnaman, president of Barna Group, commented on the findings. “The study raises questions for Christians in America. While Muslims remain a very small part of the entire U.S. population, the world is shrinking in many ways. Events like those in Boston focus the public’s attention on Islam. Increasing immigration of Muslims into the country changes population densities. The Internet and social media bring human beings of different faiths and contexts into closer digital proximity. And the implications of events in predominantly Muslim nations, including the Middle East, affect millions around the world. For example, how do U.S. Christians help support persecuted Christians who live in other countries, without demonizing Muslims at the same time?

“Christians don’t have to give up on their faith convictions, yet it is important to live and work compassionately and graciously with members of the second largest religion in the world. Some of the public’s response to the Boston attacks showed how easy it is to lump people into a group labeled as different and dangerous. Yet, it is important to see the human beings behind the Islamic label while discerning the fundamental differences between following Christ and Mohammed.”