Leadership Lessons from the Bonsai (Guest Post)
An Invitation from Jesus (Reflections on Matthew 11:28-30) 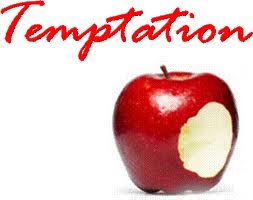 It’s that time again — the beginning of a new year when people resolve to make some changes in their lives. New Year’s resolutions are certainly nothing new. In fact, for many people, they are the same year after year. Making and breaking resolutions is something of a tradition. A new study from the Barna Group examines the temptations Americans say they most commonly struggle with — and how they resolve to deal with these moral and ethical lures.

The research reveals some new, and not so new, aspects to the temptations facing today’s adults. The research was conducted in conjunction with a book project from Todd Hunter called Our Favorite Sins.

New Temptations
Resolutions relating to technology are becoming more common—particularly those that involve spending less time on it. The research shows nearly half of Americans (44%) say they are tempted to spend too much time with media, including the Internet, television and video games. Another “new” media-related temptation is to express anger or “go off” on someone by text or email. Overall, one out of nine Americans (11%) say they often or sometimes feel tempted to do this.

It is not surprising the most technologically oriented generation—the Millennials, or Mosaics—are more likely than average to admit to struggling with these temptations of modern technology. More than half of Millennials (53%) say they are tempted to over-use screens and one-quarter (25%) feel the temptation to use technology to express their anger at others. When it comes to viewing pornography online, Millennials are significantly more likely than other generations to admit to wrestling with this temptation: more than one quarter (27%) say they are tempted by online pornography, while only 22% of Busters, 15% of Boomers and 8% of Elders say the same.

Old Temptations
Most temptations are not so modern. Americans are still facing the same age-old deadly sins that humanity’s always wrestled with. Though, naturally, the more serious the sin, the fewer people admit to being tempted by it. Which, perhaps explains why “eating too much” is up near the top of the list of admitted temptations—more than half (55%) say they are tempted to overeat. While doing something sexually inappropriate with someone is at the bottom—less than one in ten Americans (9%) admit to this. As might be expected, the older the person, the more likely they are to struggle with overeating (though this decreases from Boomers to Elders) and the younger the person, the more likely they are to face sexual temptations (21% of Millennials admit to being tempted to sin sexually with someone verses only 11% of Busters, 5% of Boomers and 3% of Elders).

When it comes to other more “traditional” sins, about one-third of Americans admit to spending too much money (35%), one-quarter say they are tempted to gossip or say mean things about others (26%), a similar number struggle with envy or jealousy (24%), a little more than one in ten admit to being tempted to lie or cheat (12%) and about the same number say they are tempted by alcohol or drugs (11%).

Though Millennials admit to being more tempted by these things than any other generation, the answers are fairly consistent across ages. The one exception being envy or jealousy, which Millennials are significantly more likely to admit to (41% verses 29% of Busters, 19% of Boomers and 15% of Elders). This is perhaps a life-stage factor as twentysomethings try to find their place and establish a lifestyle. Though it could also point to the effects of nearly ubiquitous consumer advertising on a generation that’s been marketed to more than any previous age group.

First, morality in America is undergoing a shift. One example of that is how temptation has gone "virtual." It now shadows many of the digital domains of contemporary life. Nearly half of Americans admit to being tempted to use too much media and one in nine admit to expressing their anger digitally. For faith leaders, this shift underscores the importance of including technology and media as part of a broader discussion of spirituality and stewardship.

Second, Millennials are significantly more likely to admit to being lured by most of the temptations assessed in the research. Why is that? Given their stage of life, are they simply more likely to be confronted by tempting situations than are older generations? Or is it that younger adults are more comfortable admitting to them in the context of a survey? Perhaps the perceived social consequences of being honest about personal struggles are dropping—or it’s merely the angst of youth, worrying about things older adults simply no longer worry as much about. The bigger concern is if Millennials are beginning to accept these emotions as normal and not inherently wrong—as a result of media influence, normative peer behavior and shifting values. Whatever the case, a distinct moral perspective seems to be emerging among younger adults when compared to older generations. Millions of Millennials do not see temptation as something to be avoided, but rather a relatively benign feature of modern life.

Third, distinctly work-related vices top the list of Americans' temptations. As a society, are Americans really most concerned with procrastination and productivity? People seem to be more aware of (or willing to admit to) "sins" that actually make them look better—i.e., it's somewhat self-serving to admit procrastination or laziness because it reflects well on one's work ethic. But few people want to admit to being envious or mean or tempted sexually. But, of the list, productivity is not exactly the most biblical pursuit—that specific "temptation" is much more reflective of American values than of core biblical themes.

Finally, only 1% of Americans of any age are able to articulate that giving in to temptation might be caused by sin. Most Americans think of temptation more as a steady stream of highs and lows that must be navigated. This reveals a gap in biblical thought on the subject of temptation among the nation’s population.

* Read the complete report to learn more about particular Western temptations, why people give in and whether resistence is futile.

Posted at 05:00 AM in Contemporary Culture | Permalink