What if the Three Wise Men Were Women?
The REAL Christmas Story (Pt.2) 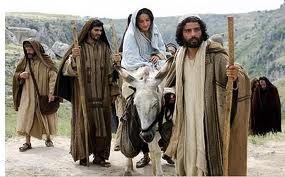 Over the years, there have ben many Christmas movies about or related to the Christmas season. Do a Google search on “Top 10 Best Christmas Movies of All Time” and you find  Elf, Scrooge, Miracle on 34thStreet (about a nice old man who claims to be Santa Claus but is institutionalized as insane; a young lawyer decides to defend him by arguing in court that he is the real thing), A Christmas Carol (based on the novel by Charles Dickens in which an old bitter miser is given a chance for redemption when he is haunted by ghosts on Christmas Eve), A Christmas Story (in which Ralphie has to convince his parents, teachers, and Santa that a Red Ryder B.B. gun really is the perfect gift for the 1940s) and the #1 watched Christmas movie – Die Hard (in which, John McClane, officer of the NYPD, tries to save wife Holly Gennaro and several others, taken hostage by German terrorist Hans Gruber during a Christmas party at the Nakatomi Plaza in Los Angeles)!

These movies have some good Christmas stories in them … but none of them are about th real Christmas story. Check out your local Christmas Day television program and you'll probably only find about 3% of it has anything to do with Jesus. The rest is a good dose of everything from Mr.Bean to Dr.Phil.

Christmas is a celebration of the birth of Jesus Christ into the world, 2,000 years ago. That’s the real story of Christmas. Unfortunately, one thing many other stories and movies have in common is that many of them have taken the “Christ” out of “Christ-mas.” Even Christmas greetings of "Merry Christmas" have become "Happy Holidays," "Seasons Greetings" or "Cool Yule!"

We know that Jesus was probably not born in December (it’s pretty cold for the shepherds and their sheep out in the field this time in the northern hemisphere!) and that Christmas now has a lot of paraphernalia that has nothing to do with the real meaning of the season (Christmas trees, Santa, elves, etc). So what do we do? Do we become old grumpy scrooges who take the joy out of the season? Do we morph into the Grinch and try to steal Christmas? Do we boycott Christmas? After all, Santa is an anagram for SATAN!

No! I suggest we take advantage of the season and recover the real meaning of Christmas … then do our best to keep that memory alive … for each generation. The memory of the birth of Jesus Christ!

Matthew 1:18-25. This is how Jesus the Messiah was born. His mother, Mary, was engaged to be married to Joseph. But before the marriage took place, while she was still a virgin, she became pregnant through the power of the Holy Spirit. Joseph, her fiancé, was a good man and did not want to disgrace her publicly, so he decided to break the engagement quietly. As he considered this, an angel of the Lord appeared to him in a dream. Joseph, son of David, the angel said, do not be afraid to take Mary as your wife. For the child within her was conceived by the Holy Spirit. And she will have a son, and you are to name him Jesus, for he will save his people from their sins. All of this occurred to fulfill the Lords message through his prophet: Look! The virgin will conceive a child! She will give birth to a son, and they will call him Immanuel, which means God is with us. When Joseph woke up, he did as the angel of the Lord commanded and took Mary as his wife. But he did not have sexual relations with her until her son was born. And Joseph named him Jesus. NLT

This is a unique story about a unique person, with a unique ministry and message - Jesus , with Christ. It's an action-packed story, with surprise and excitement, the ordinary and the ordinary and the miraculous, good and evil, an innocent young girl, her husband and a baby, an evil kind, angels and all sorts of drama.

Matthew tells us exactly what happened (not when, as far as an exact date), who this baby is and why he came ...