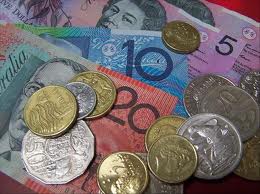 NEWSFLASH: The Government is considering diverting money from poverty-reducing aid. The Foreign Minister, Bob Carr, recently admitted plans to divert at least $375 million of Australia's poverty-focused aid program to fund rising refugee support costs at home in Australia. Not only would this reduce the amount available for poverty-focused programs overseas, but it would make Australia the third largest recipient of Australian aid.

World Vision Australia CEO, Tim Costello, has publicly condemned this decision, “I am stunned by the Government's plans to divert hundreds of millions of dollars away from its intended purpose."

What can we do?

2. Call your Labor MP and tell him/her you don’t want life-saving aid intended for international development being diverted for use in Australia. Call on the Government to be transparent about where this money is coming from and which aid programs will miss out.

3. Call your Coalition MP and thank them for opposing the Government's announcement. This follows criticism by both Julie Bishop and Teresa Gambaro that Labor is hijacking Australia's foreign aid program. Ask for the Coalition to rule-out similar "phantom aid" spending - aid used for purposes other than international development - in the future.

4. Get active on social media and let others know what's at stake. #dontdivertaid  Promote the message through blogs and Facebook pages encouraging people to get involved in the actions outlined above.

It's not too late to influence this decision for this coming May budget and future budgets so that more aid is not diverted. Together, we can help give a voice to the world's poor...