New Habits for a New Year 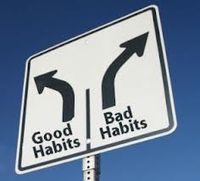 As we prepare to finish another year and start a new one, it’s always good to pause and reflect. There are so many things to think about – our relationship with God, our relationship with people, our sense of contribution and life purpose, as well the seasons and stages of our life. In many ways, our lives are simply a mass of habits. In fact, most of the choices we make each day are more likely habits than they are actual decisions. The apostle Paul tells us that genuine life transformation occurs when we renew our mind (Romans 12:1-2). Our... Read more →

If Life were a 24-hour Clock, what Time is it for You? 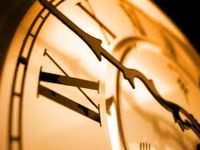 As we come near the end of another year, it is a good thing to pause and reflect on our life, as well as our relationship with God. Here is the prayer of Moses, a man who spoke to God face to face. Psalm 90:12. Teach us to number our days, that we may gain a heart of wisdom. NIV Psalm 90:12. Teach us to realize the brevity of life, so that we may grow in wisdom. NLT Life is short. We enter through the door of birth and leave through the door of death and none of us know... Read more →

After presenting an extensive genealogy, something that would have been very important to his Jewish readers (a high value for heritage, inheritance, legitimacy and rights), Matthew moves on to tell us about the birth of Jesus ... It’s a unique story about a unique person with a unique conception and a unique message and ministry. Matthew tells us exactly what happened (not when, as far as an exact date), who this baby is and why he came (Matthew 1:18-25). This baby boy is given two names: Jesus and Immanuel. Names held far more importance in that culture than in ours,... Read more →

Posted at 11:01 AM in Special Events | Permalink

What if the Three Wise Men Were Women?

What would have happened if it had been three Wise Women instead of three Wise Men? They would have asked directions, arrived on time, helped deliver the baby, cleaned the stable, made a casserole, and brought practical gifts, and there would be peace on earth. But what they would have said when they left...? "Did you see the sandals Mary was wearing with that gown?" "That baby doesn't look anything like Joseph!" "Can you believe that they let all of those disgusting animals in the house?" "I heard that Joseph isn't even working right now!" "And that donkey that they... Read more → 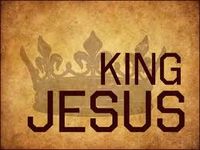 Christmas draws our attention to the arrival of Jesus on the earth as a small baby over 2,000 years ago. It provides an opportunity to reflect on his life and how He intersects with our life, wherever we may be on our journey. Jesus is known by many titles, each describing part of who he is and/or a role that he fulfils. We can think of Jesus as Saviour and Immanuel. Jesus was also called the Messiah or the Christ, which means ‘anointed one’, as well as Son of Man (his humanity) and Son of God (his deity). I love... Read more →

Here's a clever clip from www.ignitermedia.com - a Social Network Christmas. It's an artistic take on how the story of the nativity night. Enjoy ... Without the birth of Christ, it would always be winter, but never Christmas. [C.S. Lewis] Read more →

NEWSFLASH: The Government is considering diverting money from poverty-reducing aid. The Foreign Minister, Bob Carr, recently admitted plans to divert at least $375 million of Australia's poverty-focused aid program to fund rising refugee support costs at home in Australia. Not only would this reduce the amount available for poverty-focused programs overseas, but it would make Australia the third largest recipient of Australian aid. World Vision Australia CEO, Tim Costello, has publicly condemned this decision, “I am stunned by the Government's plans to divert hundreds of millions of dollars away from its intended purpose." What can we do? 1. Call and... Read more →

A well-written article by Greg Boyd, worth re-posting: To no one’s surprise, yet to the sadness of many of us, several Christian spokespeople, including James Dobson, Mike Huckabee and Bryan Fischer, are blaming the shootings in Newtown, Conn, on abortion and gay marriage. This is sadly reminiscent of Jerry Falwell’s hurtful response to 9/11 when he divined that “the pagans,” “abortionists,” “feminists,” “gays,” “lesbians,” “ACLU” and “People For the American Way” were to be blamed. It’s reminiscent as well, on a smaller scale, of John Piper’s disturbing public declaration that the collapse of the 35W bridge here in Minneapolis that... Read more →

Regardless of personality, most people when asked what they want out of life usually answer something like, "I want to be happy" (in addition to world peace, of course). We want to experience positive feelings. As a result, for many people, life is a pursuit towards happiness. We try to find happiness in a number of ways, including through acquiring stuff. The advertising industry's sole reason for existence is to make us unsatisfied with what we have and to tell us what items will make us happy. Christmas Day will be a moment when presents are opened by kids around... Read more →

Bible Engagement in Churchgoers Hearts, but not Always Practiced

Lifeway Research reports: While the majority of churchgoers desire to honor Christ with their lives and even profess to think on biblical truths, a recent study found few actually engage in personal reading and study of the Scriptures. "Bible engagement" is one of the eight attributes of discipleship identified in the Transformational Discipleship study conducted by LifeWay Research. The study produced the Transformational Discipleship Assessment, which measures an individual's spiritual growth in each of these areas of development. The survey found 90 percent of churchgoers agree "I desire to please and honor Jesus in all I do," and 59 percent... Read more → 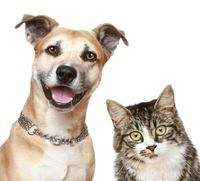 A Letter to the Church at Laodecia 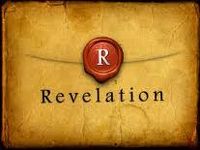 Here is a challenging message from Jesus to the church at Laodecia: Revelation 3:15-19. I know all the things you do, that you are neither hot nor cold. I wish that you were one or the other! But since you are like lukewarm water, neither hot nor cold, I will spit you out of my mouth! You say, I am rich. I have everything I want. I dont need a thing! And you dont realize that you are wretched and miserable and poor and blind and naked. So I advise you to buy gold from me—gold that has been purified... Read more →

A Letter to the Church at Sardis

Jesus had John write another letter to the church at Sardis. Revelation 3:1-6. I see right through your work. You have a reputation for vigor and zest, but you're dead, stone dead. Up on your feet! Take a deep breath! Maybe there's life in you yet. But I wouldn't know it by looking at your busywork; nothing of God's work has been completed. Your condition is desperate. Think of the gift you once had in your hands, the Message you heard with your ears - grasp it again and turn back to God. If you pull the covers back over... Read more →

A Letter to the Church at Ephesus

Here is a copy of a letter from Jesus to the church at Ephesus in the first century, as given to John as he was in the Spirit praying ... Revelation 2:2-7. "I see what you've done, your hard, hard work, your refusal to quit. I know you can't stomach evil, that you weed out apostolic pretenders. I know your persistence, your courage in my cause, that you never wear out. But you walked away from your first love - why? What's going on with you, anyway? Do you have any idea how far you've fallen? A Lucifer fall! Turn... Read more →