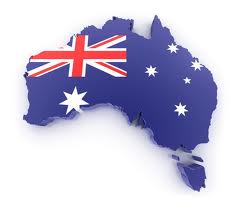 Do you remember where you were and what you were doing on the evening of August 9th last year? It was census night here in Australia, a day every five years where the government requires every person living Australia to complete a survey (conducted by the Australian Bureau of Statistics). It includes questions about personal details, the people we live with, our education, our employment, and any significant changes that have taken place in the last few years. This helps to provide a snapshot of our nation, which becomes useful for the government as well as many other organisations.

One of the questions in the census is about religious belief. Here are the results from the 2011 census with a comparison to the previous one conducted back in 2006.

Moving on ... if over 60% of Australians claim to be "Christian", how many of them are actively involved in a faith community? Recent National Church Life Survey and Community Surveys reveal the following:

These statistics show us that the church has an important part of the Australian society. It is also evident that there is a significant level of latent Christian belief in the wider community. Nevertheless, the majority of Australians do not go to church and, for a great many, spirituality is not an issue. As a result, many churches and even entire denominations are in serious decline, with attendance dropping every year. Thankfully, there are pockets of growth and vitality, and some Australian churches are experiencing significant growth.

NCLS Community Surveys reveal the following most common reasons given for people not wanting to attend church in Australia:

Could it be that the average Aussie has no problem with "God" but doesn't see "church" as relevant to their lives? From my experience and observation, there are 100s of churches made up of genuinely friendly people, with tremendous children's ministries, inspirational worship, and practical, life-changing messages (and most only take up one voluntary offering each weekend). Perhaps these churches are Australia's best kept secret. Either way, we are a nation in need of awakening ... beginning with us as God's people. The harvest is ripe ... but the workers continue to be few. Let's pray to the Lord of the harvest to send out workers into his field. May Australia yet become the great Southland of the Holy Spirit ... in our time.