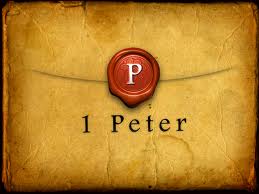 As part of his letter to followers of Christ scattered throughout the Mediterranean world, the apostle Peter shared a few thoughts especially for church leaders.

1 Peter 5:1-4. I have a special concern for you church leaders. I know what it's like to be a leader, in on Christ's sufferings as well as the coming glory. Here's my concern: that you care for God's flock with all the diligence of a shepherd. Not because you have to, but because you want to please God. Not calculating what you can get out of it, but acting spontaneously. Not bossily telling others what to do, but tenderly showing them the way. When God, who is the best shepherd of all, comes out in the open with his rule, he'll see that you've done it right and commend you lavishly. [The Message Bible]

Peter opens this section by saying, "I have a special concern for you church leaders. I know what it's like to be a leader, in on Christ's sufferings as well as the coming glory (5:1)."

As a follower of Christ, and especially as a church leader, there is suffering as well as glory. There are good times as well as hard times. Life and ministry has its perils and privileges. Ministry can be both  fulfilling and challenging, in different doses at different times and seasons. It brings us temptations and joys. We need to understand and accept this. This is reality – in this life and at this time.

Peter had observed firsthand the sufferings of Jesus and how he endured them. That's why he portrayed Jesus as one who suffered (1:11, 19; 3:18; 4:1). When Christians suffer for their faith, they share in Christ's suffering (4:13). Jesus left us an example so we would “follow in his footsteps” (2:21). We are called to imitate him, not in his redemptive death, but in the manner of his endurance before his death. We too may have to suffer even though we have done nothing wrong (2:19) but we can look to Jesus and learn from him: “He did not retaliate when he was insulted, nor threaten revenge when he suffered. He left his case in the hands of God, who always judges fairly (2:23).”

We too live in times of pressure - from a pagan culture which idolises pleasure, materialism,and individualism, from the trials and tests of life, from relational issues, from the demands of time and the pace of life, and from needing to keep fresh over the long haul.

2. Leadership is about caring for people.

Peter moves on to say, "Here's my concern: that you care for God's flock with all the diligence of a shepherd (5:2a)."

The biblical model of leadership is a shepherd caring for sheep. This frequent image for God himself or his leaders is not surprising in a rural economy (see Psalm 23 and Ezekiel 34). God is a Shepherd and he calls us as shepherds under him to care for his sheep. Jesus picked up this theme frequently (Matthew 9:36 Luke 15:3-7. John 10:1-18) and is our example. He knows each sheep by name, he feeds them, he protects them (from predators), he leads them, and he searches for them (when they are lost). He calls us as his “under-shepherds” to do the same. Peter is carrying out and passing on his own commission from Christ (John 21:15-19). No doubt he had vivid memories of his own commission to care for and feed God’s people as a sign of his love for Jesus, after his own re-instatement.

We need leaders who care deeply for people, the church and the wider community. It’s about selfless care and sacrificial love. Build relationships with people. Get into their world. Know them well. Consider their needs and the dangers/challenges they face. Seek to feed them and lead them in the right direction. Don’t allow leadership to become merely about running a meeting, growing a group, building an organisation, or acquiring personal perks and recognition. As the old saying goes: “People don’t care how much you know until they know how much you care.”

God has assigned or allotted some of his people to your care (5:3). It is a gift or a stewardship from God. We are to shepherd God’s people as God would do so himself – with love, patience, forgiveness and a servant heart.

3. A leader’s motives are important.

Next, Peter says, "Not because you have to, but because you want to please God. Not calculating what you can get out of it, but acting spontaneously (5:2b)."

Why do we lead? It is because we have to or because we want to? People are not always easy to work with. Leadership is a burden and is not always enjoyable. Sometimes we experience emotional and/or spiritual burnout and we can gradually cool down after some years of service. Our energy level is not quite as high. We take too much on and overdo it, without appropriate boundaries.

Sometimes we have to engage in “cold turkey obedience” – that is, when we get up and go about our ministries even when we do not want to, just because God has called us to do a certain task. Sometimes we have to do the tasks of ministry in spite of a lack of passion about them. However, when we work too hard and neglect our own self-care over a long period of time, we can lose the joy of ministry and our willingness to serve.

We are not to serve for monetary gain or out of a desire for position or power. There are many possible reasons people become involved in leading within the church, including personal fulfilment, a sense of contribution through using our gifts, a desire for significance, or even because of guilt. Peter calls leaders to lead with a willing attitude, not reluctantly or because they feel they “have to”. We are to be eager to serve God through serving people. Ministry is not to be a burden to be resented.

4. How you lead makes a difference.

Peter then talks about how we should lead: "Not bossily telling others what to do, but tenderly showing them the way (5:3)."

We are to lead by example, not in an authoritative or dictatorial manner. Notice Peter's attitude and approach. He modelled what he recommended. He did not speak down to these church leaders, because he was an apostle. He identified with them. He saw himself as alongside them not above them, with them not over them.

Be an example to those you lead in your own life. People do what people see. Build relationally, so people know you genuinely love them and want the best for them. Then lead out of that trust.

Finally, Peter says, "When God, who is the best shepherd of all, comes out in the open with his rule, he'll see that you've done it right and commend you lavishly (5:4)."

God sees everything we do, even when others don't. He not only sees but he notices and he promises to reward us generously. When Jesus, the Chief Shepherd, appears we will receive a crown of glory that will not fade away. We will receive a lasting reward. The glory will far outweigh the suffering. The reward will be much greater than the cost or the sacrifice made.

What a honour and privilidge to serve Jesus in his church through the role of leradership. May we never take it for granted or lose the perspective that Peter gives us through these words of wisdom, inspired by the Holy Spirit two thousands years ago.