Anyone for "second fiddle?" 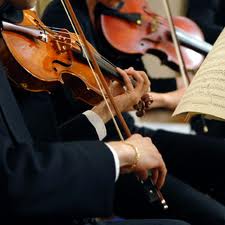 Leonard Bernstein (1918-1990) became a world famous orchestra conductor. He was described by the New York Times as "one of the most prodigiously talented and successful musicians in American history." His fame derived from his long tenure as the music director of the New York Philharmonic, from his conducting of concerts with most of the world's leading orchestras, and from his music for numerous shows, including West Side Story.

Bernstein was once asked what is the most difficult instrument to play.

He replied, "Second fiddle. I can get plenty of first violinists, but to find one who plays second violin with as much enthusiasm or second French horn or second flute, now that's a problem. And yet if no one plays second, we have no harmony."

[From Improving Your Serve by Charles Swindoll, p.34]