Abiding in Christ
A Crossroads Experience

Separating Fact from Fiction - on the Internet 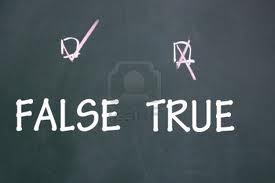 Every day or so I receive one of those "pass it on" emails explaining some horrible thing that has happened or some latest conspiracy theory. It's hard to know what to believe. How do you separate fact from fiction?

There is a web site dedicated to helping us in this area, called Snopes. Their mission is "to be the definitive Internet reference source for urban legends, folklore, myths, rumors, and misinformation." You can use the search box on the web site to locate an item of interest or browse the site by category.

A recent example (actually, it's been around since 2004) is an email announcing the supposed crushing of a small boy is an Islamic country for stealing a loaf of bread. The full true story shows how this information has been twisted to give a false message.

Their 25 Hottest Urban Legends is worth a read, just for your awareness.

There are always two sides to every story and it is better to wait before passing judgment. That is why no matter or issue in Israel could be settled without the evidence of two or three witnesses (Deut.1:6-19).

Some good wisdom for us there! Don't believe everything you hear ... check it out first.

Finally, it can be a bit embarrassing when you discover that you have been told an incomplete story or believed a lie. I followed up on one of those "You've been left millions of dollars in an inheritance" emails for a while many years ago before discovering, just in time, that it was nothing but a fraud. As annoying as it is, let's never forget, "The truth sets you free!"

Posted at 09:55 AM in General Interest, Web/Tech | Permalink