Some Thoughts on Divorce and Remarriage 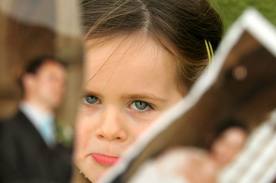 God clearly hates divorce. His will is for marriage to be a life-long commitment. However, because of sin, marriages (like other relationships) sometimes break down and become irreparable. Even God himself eventually divorced the nation of Israel during Old Testament times for repeated spiritual unfaithfulness.

When debating the Pharisees, who were looking for any reason to permit divorce, Jesus took them back to the beginning to God's original intention. However, Jesus did allow divorce in the case of sexual unfaithfulness (adultery), though forgiveness is always to be the first response. The apostle Paul allowed for divorce in the case of an unbelieving partner deserting a Christian. There may be other cases, such as violence or abuse, where a person’s life is in danger, where separation should at least occur. As a church, our goal is always to help married couples resolve their conflicts, if at all possible. However, a marriage may not survive some situations when the covenant of marriage has been so severely violated over a period of time.

What about remarriage for divorced people?

God is the God of the second chance. Divorce is not the unpardonable sin. Divorcees are not second class-citizens in the kingdom of God. God gives us all grace to learn from our mistakes and to move on. The same Jesus who upheld the permanency of marriage showed grace to a woman he met by a well who had been divorced five times and was now living with a man (John 4). He reached into her soul and brought healing to her shattered heart and trail of broken relationships. May we too, keep truth and grace in perfect balance when it comes to broken relationships, including divorce.

P.S. For some more resources on this sensitive topic, click here.

For some practical helps for blended families (1 in 3 marriages in Australia are now a remarriage), visit the Stepfamily Association Victoria Inc.

Posted at 05:00 AM in Family, Relationships | Permalink