God's Love - Even in the Shadows
Daily Rhythms of Grace ...

Don't Give Me the Facts; What's Your Story? 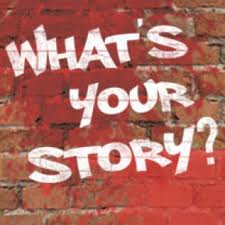 True Story: Jake worked for a large technology company but was passionate about starting his own business some time in the near future. Through a mutual acquaintance, Jake met Alan, a wealthy investor. They talked over breakfast and by the time they were finished, Jake was convinced that he had found his financing. Alan promised to be in touch with him within a few days with a business proposal.

A few days went by and then a week. Jake hadn't heard anything from Alan, despite emailing him and calling his mobile phone multiple times. He was becoming increasingly angry. Then he bumped into the mutual friend who said that Alan was annoyed that he hadn't heard back from Jake, despite sending him a detailed business plan the day after they met.

What was going on? Jake quickly checked his Junk Email folder and found the email from Alan, written the very next day (the long attachment didn't make it through his company's firewall). At the end of the email, Alan explained that someone had stolen his phone right after they met, so he had to get a new phone number and a new email address. No wonder he wasn't answering any of Jake's calls and emails.

Jake made a judgment about Alan based on the facts. What he didn't recognise is that he chose to put the facts together to create a specific story. A fact is something that can be objectively verified by any person. It is irrefutable. A story, by contrast, is something we create to make sense of the facts. We do so because we are meaning-making creatures. The problem is that we often tell our stories so fast that we mistake them for the facts and then treat our stories as if they are true. We also have a tendency to create negative stories.

The apostle Paul was an inspiring person. Life and ministry were often tough for him. He was authentic and honest about the facts. Yet the story he told himself, and by which he lived, was a faith-filled one. How? Because he always included God in his story (click on the links here to read 2 Cor.4:8-19; 3:6-10; as examples). He looked beyond himself and other people, and the situation and circumstances he was facing, and considered God's perspective. By doing so, he was able to rise above negativity and discouragement, resulting in him being able to life a life of joy, faith and hope.

J. Francis Peak once said, “The major cause of discouragement is a temporary loss of perspective. Restore proper perspective, and you take new heart.”

What story are you telling yourself today? What could you be missing (just like Jake in our story above)? What could God be up to in your story? Does your story need changing ... today?

Father, I pray that you will give us wisdom today. May we be able to see life from your perspective. We can't always control what is happening around us (the facts) but we do have control over the way we choose to respond (our stories). May our story include your story - a much bigger plan that you are working daily to accomplish. Amen.

[The true story mentioned above is from Tony Schwartz's new book Be Excellent at Anything, p.147f]

Posted at 08:15 AM in Personal Development | Permalink