How Christianity Changed the World
Faith

A Rabbit on the Swim Team 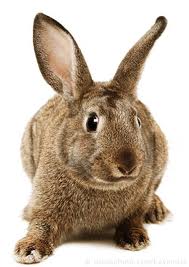 Once upon a time, the animals decided they would do something meaningful to meet the problems of the new world. So they organized a school. They adopted an activity curriculum of running, climbing, swimming and flying. To make it easier to administer the curriculum, all the animals took all the subjects.

The duck was excellent in swimming; in fact, better than his instructor. But he made only passing grades in flying, and was very poor in running. Since he was slow in running, he had to drop swimming and stay after school to practice running. This caused his web feet to be badly worn, so that he was only average in swimming. But average was quite acceptable, so nobody worried about that - except the duck.

The rabbit started at the top of his class in running, but developed a nervous twitch in his leg muscles because of so much make-up work in swimming.

The squirrel was excellent in climbing, but he encountered constant frustration in flying class because his teacher made him start from the ground up instead of from the treetop down. He developed cramps from overexertion, and so only got a C in climbing and a D in running.

The eagle was a problem child and was severely disciplined for being non-conformist. In climbing classes he beat all the others to the top of the tree, but insisted on using his own way to get there...

We all know that animals aren't that dumb. But us humans?

The moral of the story is that each one of us has unique own capabilities. If we DISCOVER and use them, then we will naturally excel. If we don't, we end up trying to be somebody else, which results in frustration, discouragement, guilt, and mediocrity.

Nobody else is exactly like you. Don't compare yourself with others. Be who God has made YOU to be and appreciate others.

After all, there’s plenty of room in the forest.