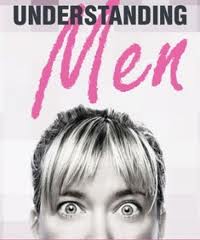 In the book Why Men Don't Have a Clue and Women Always Need More Shoes, the authors discuss common questions women ask about men, based on over 5,000 letters they have received. Here are a few of them. [Note: I take no responsibility for the information or opinions presented in this BLOG post]

1. Why do men continually offer solutions and give advice?

When a woman wants a man to show empathy, he thinks she’s asking him for a solution. Advice-giving is perceived differently by men than it is by woman. If one man asks another man for advice, the man who is asked sees the request as a compliment. A woman usually wants to be heard not fixed.

The most frequently expressed complaint women have about men is that MEN DON’T LISTEN. Either the man completely ignores her when she speaks to him OR he listens for a few beats, assesses what is bothering her, and then proudly puts on his Mr Fix It cap and offers her a solution to make her feel better.

2. Why do men keep flicking through the channels with the remote control?

noun, female; a device for changing one TV channel to another;

noun, male; a device for scanning through 55 channels every 2.5 minutes.

Apparently, in heaven, every man has 3 remote controls and all toilets seats are left up.

3. Why don’t men stop and ask for directions?

Why does it take 4 million male sperm to find and fertilize an egg? Not one of them wants to ask for directions.

We all know that Moses wandered in the wilderness for 40 years. He couldn’t ask for directions either.

Of course, the truth is that men don’t get lost; we simply discover alternative destinations.

4. Why do men make such a fuss about going shopping?

For a man, one pair of shoes, one suit and a couple of shirts will last for many seasons. The same hairstyle endures for years, perhaps decades. And even better, his wallet, as a consequence, will last for longer too.

A woman will dress carefully according to the weather, the season, fashion, her own colouring, where she’s going, how she feels about herself that day, who she’s seeing, what she’ll be doing. A man merely performs the sniff test on a piece of clothing he’s left lying over the arm of a chair.

5. Why do men have such disgusting personal habits?

While 96.3% of men admit to farting, only 2.1% of women will ever acknowledge they fart. Men let loose an average of 15.-2.5 litres of gas a day delivering an average of 12 farts a day which is enough to fill a small balloon. Women fart an average of 7 times a day and emit 1-1.5 litres of gas. The main cause of excessive farting is talking too much and talking while eating. Wind becomes trapped in the system and although much of it is belched out, the rest passes through into the small intestine where it mixes with other gases and prepares to burst out on an unsuspecting world. Why do men fart more than women? Women don’t stop talking long enough to build up pressure.

In 1956, Bernard Clemmens of London managed to sustain a fart for an officially recorded time of 2 minutes and 42 seconds. He was a man, of course ...