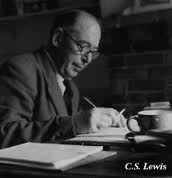 C.S. Lewis also grappled with the validity of other religions - There are so many religions, how can you say which one is right? Are all religions really the same, or is there a difference? How can we say which one, if any, is the right one?

Lewis felt it was atheism that wrote off all religious claims as false, while he was free to affirm truth wherever it was found. He accepted truths in other religions. He recognised the similarities - as well as the significant differences between religions. A commitment to Christ does not necessitate the denial of truth in other religions.

When it came to other religions, Lewis was an inclusivist - he believed that the only way to be saved is through Christ, but a person does not necessarily need a conscious knowledge of Christ in order to be saved. In one letter, Lewis wrote, “I think that every prayer which is sincerely made even to a false god [...] is accepted by the true God and that Christ saves many who do not think they know Him” (Letters 247). See also the use of the character Tash in Lewis' book The Last Battle.

In contrast, an exclusivist believes that Christ is the only way to be saved and that a person needs a conscious knowledge of Christ. Although Lewis was an inclusivist, he was not a universalist who believes that everybody is ultimately saved. [I will comment more on this topic when I review Rob Bell's new book Love Wins in the next few weeks]

What makes Christianity unique is the incarnation - God entered a specific historical place and time in Jesus Christ. This utterly unique - and is either true or false.

Lewis cleverly showed that Jesus Christ's claims to be God make him either a liar, a lunatic or Lord of all. There is no other viable option.

Next: C.S. Lewis and the person of Christ.

Unless I'm mistaken, is Clive Staples smoking in this picture?

Could be, John! I think Lewis enjoyed a cigar occasionally :)

As did Spurgeon romour has it. Don't mind the occasional Cuban experience myself though it gives some Christians muscle spasms with that 'bad witness' thing.