C.S. Lewis struggled with Imagination: Isn't faith merely imaginary? Reason and imagination were important to Lewis because they had once been separated in his own life but were later brought together. For him, meaning often came through imagination. For some, imagination can seem like an escape from reality. In contrast, Lewis believed that stories can be an escape into reality. Imagination is a means to truth. As part of Lewis' conversion, he received what he later called the "baptism of his imagination." He came to see that his earlier aspirations pointed to something real, unlike his atheism which led him... Read more →

C.S. Lewis struggled with Rationalism: Who needs faith? In Lewis' time, the dominant view of life was what we call Modernism, which placed great confidence in reason, the scientific method and rational arguments. We can also call this view Rationalism. There are four basic intellectual positions about the relationship between faith and reason( R stands for reason and F stands for faith): 1. R - F = M (modernism or rationalism). 2. F - R = F (fideism or faith-ism) 3. - F - R = P (postmodernism) 4. F + R = C (classical approach) Lewis took the classical... Read more →

C.S. Lewis also struggled with Myth: Isn't Christianity just one myth above many? Some people believe that Christianity is just a myth, a legend, a nice story made up by some well-meaning religious folks. This was one of the major objections that C.S. Lewis had when he was an atheist. He saw Christianity as “one myth amongst many.” In his biography Surprised by Joy, Lewis wrote that one factor that contributed to his atheism was the similarity between Christianity and pagan mythology. In his secondary education it was assumed that pagan myths were false and Christianity true. He wondered on... Read more →

C.S. Lewis' second obstacle to faith was: The Problem of Evil: How can I believe in God when there is so much evil, pain and suffering in the world? Isn't that inconsistent with an all-good, all-powerful God? The problem of evil is perhaps the greatest of all obstacles for people considering faith in Christ. It was for Lewis. For Lewis, evil was both an intellectual and an emotional problem. He dealt with the intellectual problem in The Problem of Pain and with his own emotional struggle in A Grief Observed. Of course, the problem of evil is not unique to... Read more →

C.S. Lewis' first objection to the Christian faith was what we could call Chronological Snobbery: What does a two-thousand-year-old religion have to do with me? Lewis wondered how an ancient religion could have anything to do with now. Wasn't Christianity old-fashioned, outmoded and a relic of the past? Hadn't it outlived its usefulness? From Owen Berfield, Lewis learned that for any supposedly outmoded idea, inquiry must be made as to why the idea went out of date, whether the idea was ever refuted, and if so, by whom, and how conclusively? We must not assume that because an idea is... Read more →

In his excellent new book, C.S.Lewis' Case for Christ, Art Lindsley (senior fellow at the C.S. Lewis Institute in Springfield, Virginia) gleans insights from reason, imagination and faith from the life and teachings of C.S. Lewis. Clive Staples Lewis was a writer, teacher, thinker and a Christian. He was an Oxford professor who was born November 29th, 1898 in Belfast, Northern Ireland. he died on November 22nd, 1963, the same day John F. Kennedy was assassinated. Lewis became well known in Britain during World War II due to his regular BBC broadcasts. Besides his many books defending and explaining his... Read more → 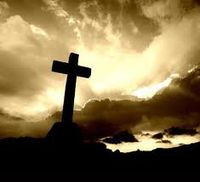 Easter is here again and with it comes the hot-cross buns, the Easter bunny, the delicious chocolate eggs in all shapes and sizes, the mega sales to tempt any credit-card carrying buyer and the coveted long week-end holiday. But in the midst of the rush, what does it all really mean? For the Christian church, Easter is a time to reflect upon the events of that Passover week when Jesus Christ suffered a cruel death for our sins but rose triumphant from the grave three days later. Easter is about Jesus Christ. Jesus came to bring us good news. There... Read more →

Over this weekend, Christians all around the world will celebrate the life, death, and resurrection of Jesus Christ. Tomorrow is called ‘Good Friday’, a time to remember the suffering and death of Jesus Christ. What’s so good about Friday? Firstly, Good Friday reminds us that God is a loving God. He loved us so much that he sent his Son into the world for our benefit. He loves and cares for each one of us just the way we are, whoever we are, and whatever we’ve done. Good Friday also reminds us that we don’t have to earn God’s forgiveness... Read more →

Being retarded is not something to laugh about … but this was actually reported by a school-teacher after the Christmas break. The teacher asked her young pupils how they  spent their holiday away from school. One child wrote the following: We always used to spend the holidays with Grandma and Grandpa. They used to live in a big brick house but Grandpa got retarded and they moved to Batemans Bay where everyone lives in nice little houses, and so they don't have to mow the grass anymore! They ride around on their bicycles and scooters and wear name tags because... Read more →

Generation Y are the children of the late Baby Boomers and the early Gen-Xers - born between 1984 and 2002. While experts differ on what to call them, all agree they are bound to change the way we approach life. Even if you have no interest at all, or no connection at all with this next generation of kids - you will be affected by how they turn out. We could call them Generation iY, because of the impact of the internet on their lives. They have literally grown up online. Theirs is the world of the iPod, iBook, iChat,... Read more →

Seven Lies that Can Disable a Generation (Part 2)

Lie #5 - "You can have it now." This generation get their music - now, their texts - now, their fast food - now, their information - now. They are accustomed to living this way and they have a low tolerance for waiting. Of course, us adults are not much more patient either. WAIT is a four letter word for adults too. We haven't learned to "pay now and play later." We expect instant gratification and we are quick to give up when the answers aren't coming. This lack of self-discipline and persistence will hinder young people in achieving success... Read more →

Posted at 05:00 AM in Contemporary Culture, Family | Permalink | Comments (0)

Seven Lies that Can Disable a Generation (Part 1)

Tim Elmore (see recent post) believes that many young people are reaching adulthood emotionally unstable and socially naive - due to the lies they have been told. Shame on us - not on them. We have not equipped them to face an uncertain world. Here are some of the most harmful lies we've told to Generation iY: Lie #1: "You can be anything you want to be." You can see signs of this popular lie on any edition of a TV reality show. The trouble is that wanting something is not the same as being able to achieve it. Desire... Read more →

Posted at 05:00 AM in Contemporary Culture, Family | Permalink | Comments (5)

Generation expert, Tim Elmore, believes that those us who work with young people today need to pay attention to the way we relate if we are to correct some of the damage that has been done with this generation. After working with thousands of parents over the years, Tim has spotted eight damaging parenting styles that dads and mums can fall into without even knowing it. Some are unique to this generation while others have existed for years. 1. Helicopter Parents - they hover too close. 2. Karaoke Parents - they try hard to be cool. 3. Dry-Cleaner Parents -... Read more →

This last Monday, I was privileged to be a part of a group of Christian leaders who spent an hour with Prime Minister Julia Gillard at Parliament House in Canberra. It was a very profitable time as we interacted and discussed a variety of issues, including religious freedom, persecution of Christians in Islamic countries, euthanasia and same-sex marriage. The gathering was organised by Jim Wallace and the Australian Christian Lobby, who continue to do an excellent job representing Christian values in the political arena. The Prime Minister was warm and welcoming, taking time to listen to and respond to matters... Read more →

The Importance of A Life Plan 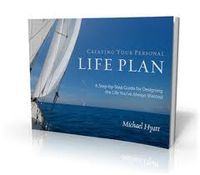 The first quarter of the year is history. Easter will soon be upon us and time continues to move forward, whether we like it or not. I am enjoying still being FORTY --- nine ... but not for long. I turn 50 in October this year. In fact, many of my friends have turned 50 recently. I hear that 50 is the new 40, so I am counting on that! Life does seem to go faster as you get older but maybe that's because more and more of your life is behind you rather than in front of you. Moses... Read more → 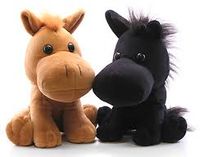 One of the deepest needs in every human being is to be accepted – just as we are, warts and all. Some people will do almost anything … just to be accepted by others. If you want to enhance your own relationships, why not give others the gift of acceptance. Choose to value and respect them – just as they are. You know, subconsciously, we tend to have a rating scale for people and we treat them based on the value we place on them. If we’re walking down the hallway and someone who we think is a #10 comes... Read more → 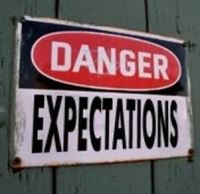 We all know that relationships are central to our lives. Of course, developing close relationships with other people is not as easy as it sounds. I read an interesting book the other day with a great title: Everybody’s Normal Until You Get to Know Them. How true is that! Have you ever bought something from a shop that said ‘as is?’ Right away, you know that that item is most likely slightly irregular or even damaged goods. It is not normal. There will be no refunds, no returns and no exchanges. That’s a bit what it’s like when we deal... Read more →

The Importance of Friendship 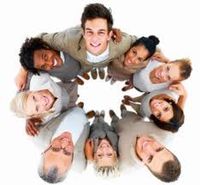 The book of Genesis tells us the story of God creating the world. As God created various aspects of our world he declared them “good.” Then after creating human beings he said that this was “very good.” Then suddenly there is turn in the narrative. The writer tells us that God then said, “It is not good that man be alone.” Adam was not lonely – he had God and the animals – but he was alone, a solitary human being. So God made Eve as a friend and partner for him. This story is not just about marriage but... Read more →

The Art of Apology 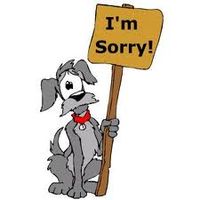 Have you ever had a conflict? Maybe a better question would be, “When was your last conflict?” As we do life with other people it is inevitable that conflicts and disagreements will occur. How successfully we resolve those conflicts will have a big impact on our lives. In most conflicts, there are wrongs on both sides. The trouble comes when we only focus on what the other person has done … rather than on our own contribution. Let’s say for example, that you’ve just had a conflict with another person and they were 90% wrong and you were 10% wrong.... Read more →