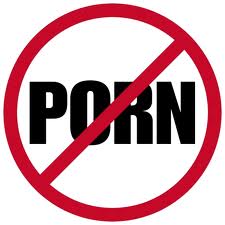 Internet pornography is a huge temptation for everyone. It is a multi-billion dollar industry and it is drowning many people in a cesspool of sexual lust.

Christian psychologist, Arch Hart in his book The Sexual Man outlines the dangers or pornography for men (although the same dangers exist for women):

1. Pornography can cause men to prefer a fantasy woman over a real woman. They move from the challenge of a real relationship to an image. Fantasy is less challenging. However, fantasy is not reality.

2. Pornography can be substitute sexual excitement for intimacy. Men can too easily separate sex from love, something that women are far less prone to do.

4. Woman are de-humanised and become an object to look at rather than person to relate to. It is easy for men to see women as a face and a figure. Pornography intensifies this issue.

5. Many young men have their sexual beliefs and attitudes shaped by pornography and exposure often begins quite young. The fact is that pornography often sets young people up for disappointment in the real world. The vast majority of real women cannot possibly measure up to the air-brushed, colour-enhanced, glossy photographs that can become that standard of reference for some males. Pornography distorts a man’s views of how women feel about sex and what can be reasonably expected from sex.

6. Pornography damages marriages. Research on viewing pornography reveals that both men and women rated their spouses less attractive and felt less in love with them. Repeated exposure to pornography results in a decreased satisfaction with one’s sexual partner, with the partner’s sexuality, with the partner’s sexual curiosity, a decrease in the valuation of faithfulness, and a major decrease in the importance of sex with attachment.

No doubt, removing the ease in which pornography can be accessed is a small step in the right direction.

Wouldn't it be great if the Australian government did something similar.