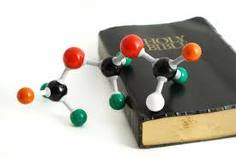 A recent article in Christianity Today by Andy Crouch highlights the ongoing somewhat awkward relationship between science and faith. Elaine Howard Euklund expands our understanding of this relationship in her new book Science and Religion: What Scientists Really Think. Her research reveals that "... a whopping 64 percent of elite scientists are atheists or agnostics (compared with 6 percent of all Americans), while a vanishing 2 percent (roughly three dozen of her 1,700 subjects) are evangelical Christians. But in the middle are many, even among the atheists, who describe themselves as 'spiritual,'and many more are respectful of religious faith even if they do not share it themselves."

Significantly, Ecklund found that the younger scientists are, the more likely they are "to believe in God and to attend religious services" — just the opposite of younger Americans as a whole." As time goes on, hopefully the conversation will continue and many more will find that science and faith don't have to be enemies. They exist for different purposes and can only benefit from a better relationship.

Thanks Mark, i can certainly relate to this post, i was brought up with a secular science education at university/school/and from the media, so it was either science or religion, i picked worshipping science, then someone gave me some material from creation.com and i went to one of there meetings with many questions (which were all answered!), i am now a born again bible believing Christian, especially given the science for the God of the bible is soooo strong
God bless, Peter

I wish there were more 'Peters' in this world...

"Science and theology have things to say to each other since both are concerned with the search for truth attained through motivated belief."
— John Polkinghorne

I agree Mark. The old ideas of science and religion seem to be slowly breaking down as logical positivism shows itself incapable of describing our universe accurately.

It seems that this split has been helped along somewhat by people with agendas of their own.

One example recently was this article about how our modern understanding of Galileo's persecution by the Pope being quite distorted.

Reasons to Believe have a good 10 minute podcast about the history of the situation. It seems both science and the church viewed the case more as an ordinary legal dispute at the time, rather than a world-changing philosophical conflict.

It reminds us all to stick to the facts and not get caught up in people's assumptions or translations of the facts, especially the media.