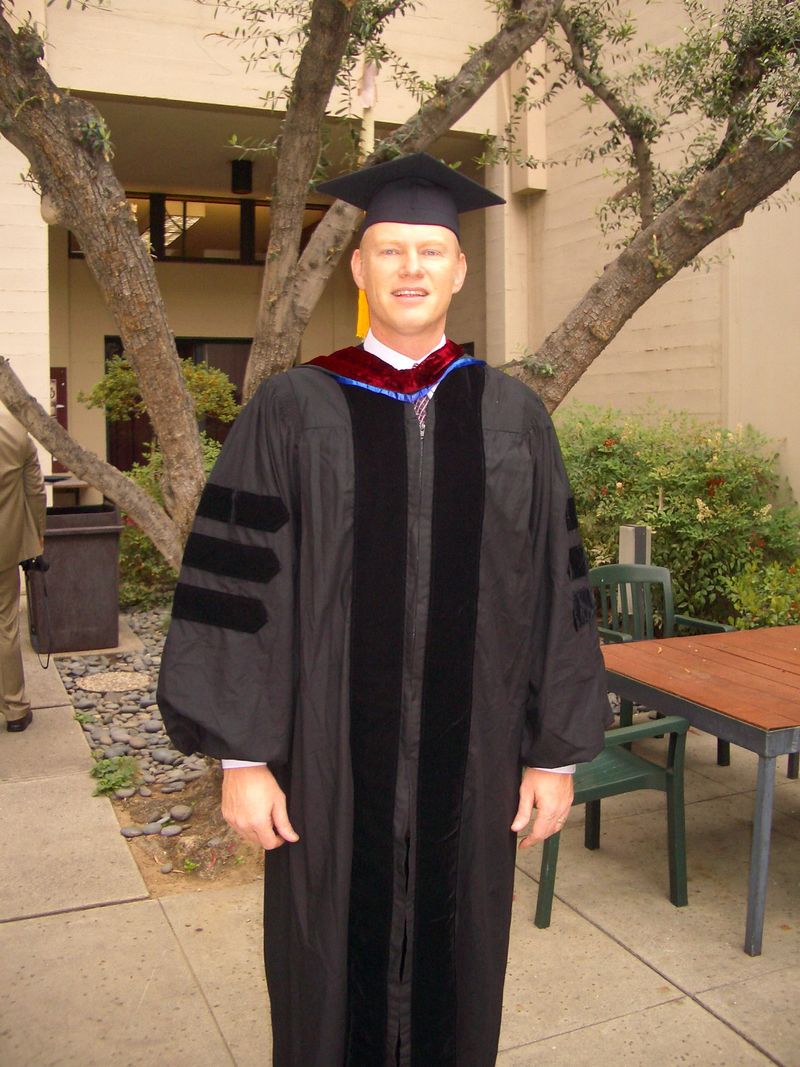 The day before my graduation at Fuller Theological Seminary I attended a Hooding Ceremony. I wasn't sure what this was all about until I got there.

Here is a brief history of the tradition of the 'doctoral hood' ...

According to Nancy Stiehler Thurston and Hendrika VanDeKemp, "In the Middle Ages, lecturers and students at European universities were so impoverished that they wore gowns to cover up their worn clothes. The lecturers also wore hoods that indicated which universities they had graduated from. In those days, lecturers were paid by their students. The students would toss coins into the pocket of the lecturer's hood. The hood would also be used to carry books to and from the university.

While doctoral hoods are no longer used to carry coins and books, they do continue to identify graduates of various degree programs at institutions of higher education. The various colours of the velvet and satin stripes of the doctoral hoods serve to distinguish the wearer of the hood. The color of the velvet identifies the academic discipline of the degree. The blue field with gold chevrons is representative of Fuller Theological Seminary. The scarlet trim indicates the School of Theology."

So on Friday afternoon I attended a hooding ceremony in a small chapel with all of the Doctor of Ministry graduates, along with family and friends. Songs were sung, an address was given by the Fuller president, Richard Mouw, we all were 'hooded' one by one, after which Dr. Arch Hart prayed for us. It was a meaningful time to celebrate the completion of my Doctor of Ministry degree, which I have worked on over the last five years (2003 - 2008).

Thank you for the update. Really proud of you Mark. Well done! Hope you and Nicole come back refreshed and have a safe journey.